It’s been 3 years since the giant, more than 36 000-ton New Safe Confinement, better known as the Arch, was put over the old sarcophagus, which was damaged and collapsing. In a way, this symbolic moment also summed up my 10 years of work documenting the Chernobyl Zone, which result in the release of the photo album HALF-LIFE: from Chernobyl to Fukushima. However, just as the building of the new sarcophagus did not finish the work inside related to eliminating the radioactive threat, I still have a reason to come here. This time, I was taking advantage of the fact that in July of this year the French contractor transferred the Arch to its owner, i.e. the Chernobyl Nuclear Power Plant, I sought permission to enter and photograph this gigantic structure. This was my first visit since the placement of the new Arch over the worn out, rusty and repeatedly reinforced sarcophagus. Without the proper perspective, it’s hard to appreciate its sheer size from a picture. The Arch is enormous! Nearly 110 meters high and spanning 260 meters, it is the largest movable structure in the world, capable of holding the Statue of Liberty or the Colosseum. It was completed this July after 10 years of uninterrupted work. The durability of the new construction is expected to last 100 years. During this time, the New Safe Confinement is not only intended to reduce the impact of radiation on society, personnel and the environment, but also help in the dismantling of the unstable old sarcophagus and later in the removal of nuclear fuel and fuel containing materials.

Upon entering, the old, worn sarcophagus comes into view. It had not been built with the intention of being a permanent construction. Working under the pressure of time and in extremely difficult and dangerous conditions, the workers had to build it quickly in order to cover the damaged reactor and halt the emission of radioactive materials into the atmosphere. They accomplished this in 200 days, but their haste caused the stability and tightness of the sarcophagus to be less than ideal. It is estimated that after more than 30 years, the total area of cracks in the roof and walls is about 1000 m2. Construction works carried out in 2008 strengthened the unstable fragments, reduced the risk of the entire structure collapsing and extended its maximum end-of-service-life deadline to 2023. I have always been attached to the sight of this place, which has accompanied me whenever I visit the Chernobyl Zone. It’s a strange feeling to see it again after nearly 3 years, and from closer than I have ever been before. 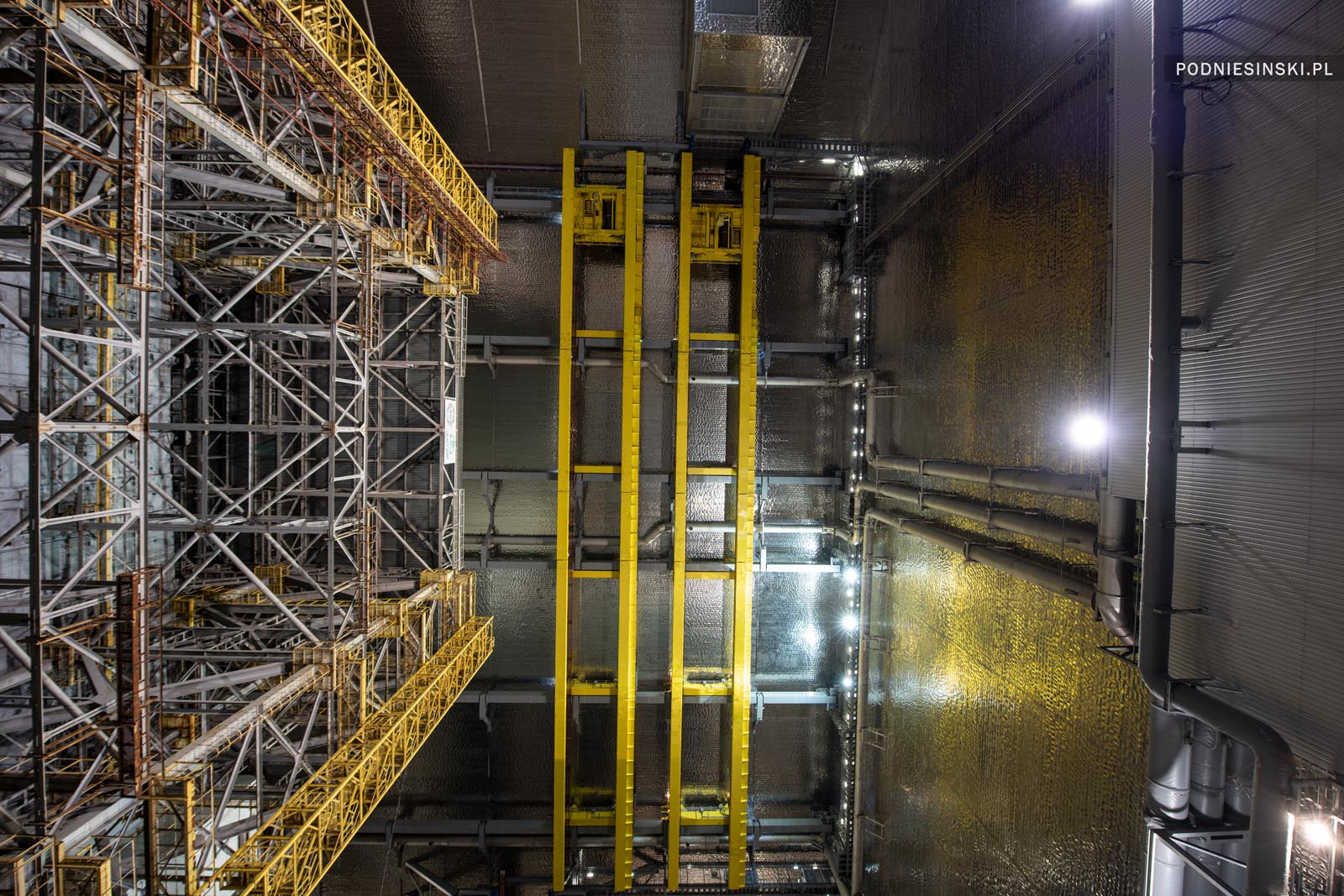 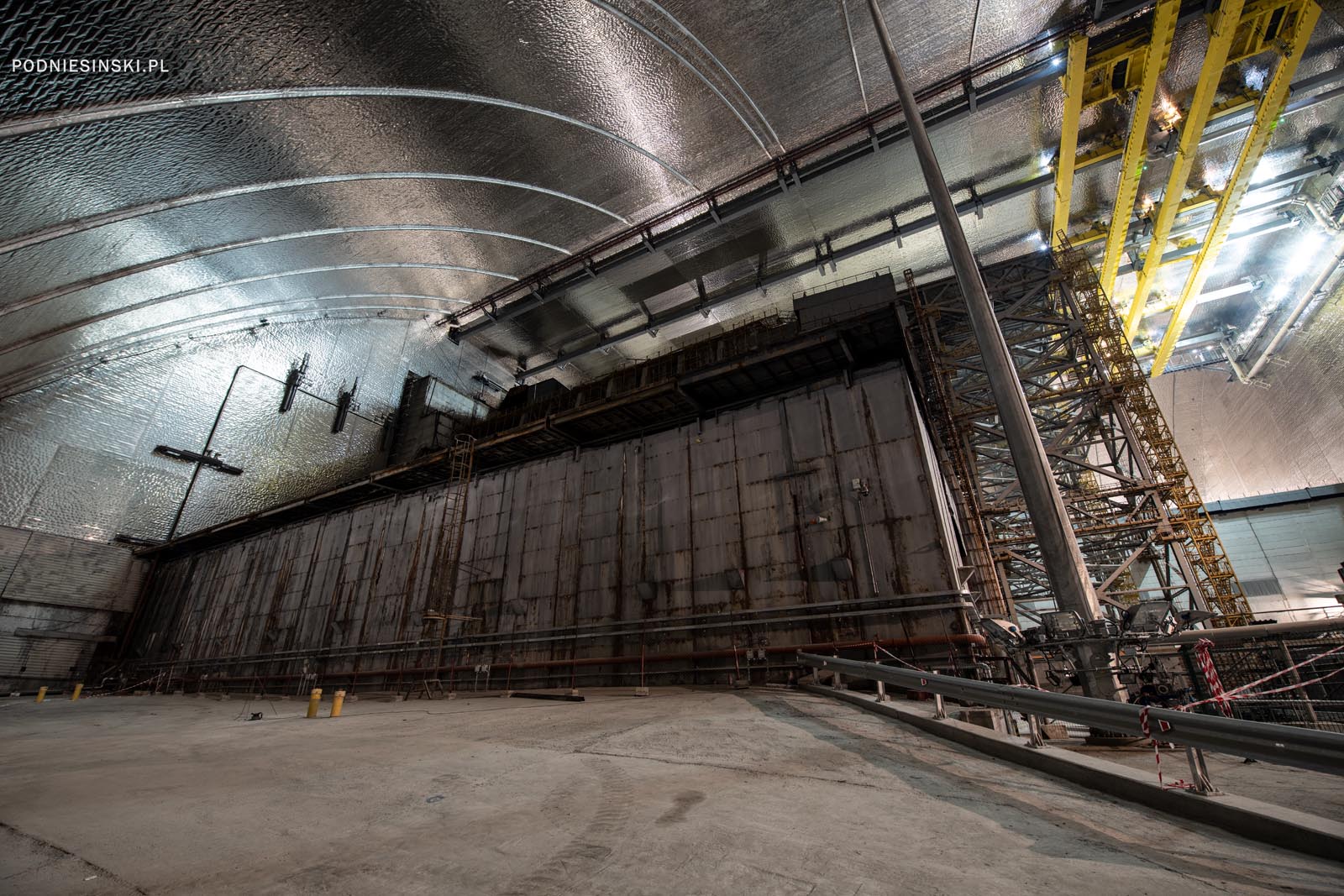 As I approach the walls of the old sarcophagus, the radiation levels increase and the dosimeter beeps with increasingly intense warnings. Instead of looking at the construction, I nervously look at the dosimeter’s readouts. I stop when it reads almost 200 µSv/h, nearly 1000 times higher than normal radiation levels. Several meters further on, the radiation increases by another order of magnitude. I don’t come any closer. The demolition of the old sarcophagus will begin soon and the place where I stand will become even more radioactive.

Higher radiation levels can be found only inside the sarcophagus itself, which I will see in a moment. I head into the Central Control Room of the New Safe Confinement, which contains the computers controlling the work of the most important systems of the new Arch — the power supply, lighting, communications, ventilation and radiation monitoring. I linger longer by the latter. The main monitor shows a cross-section of the damaged Unit 4 with marks showing places where devices measuring current radiation levels have been installed along with their current readings. The highest radiation can be found in the spent fuel pools and the rooms under the reactor where the largest amount of molten nuclear fuel penetrated. Those measure 1900 R/h (18 Sv/h) and 400 R/h (3.7 Sv/h), respectively. 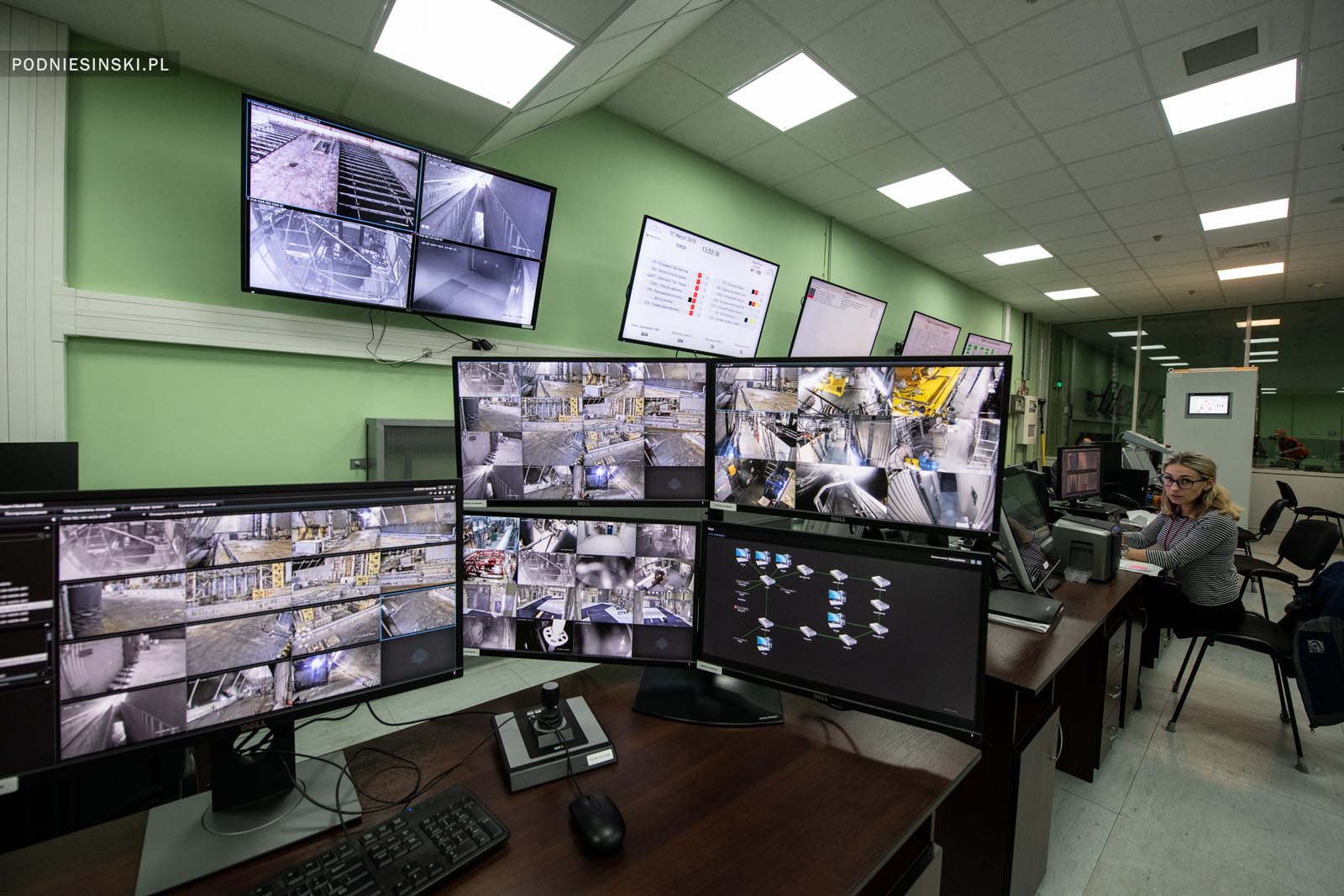 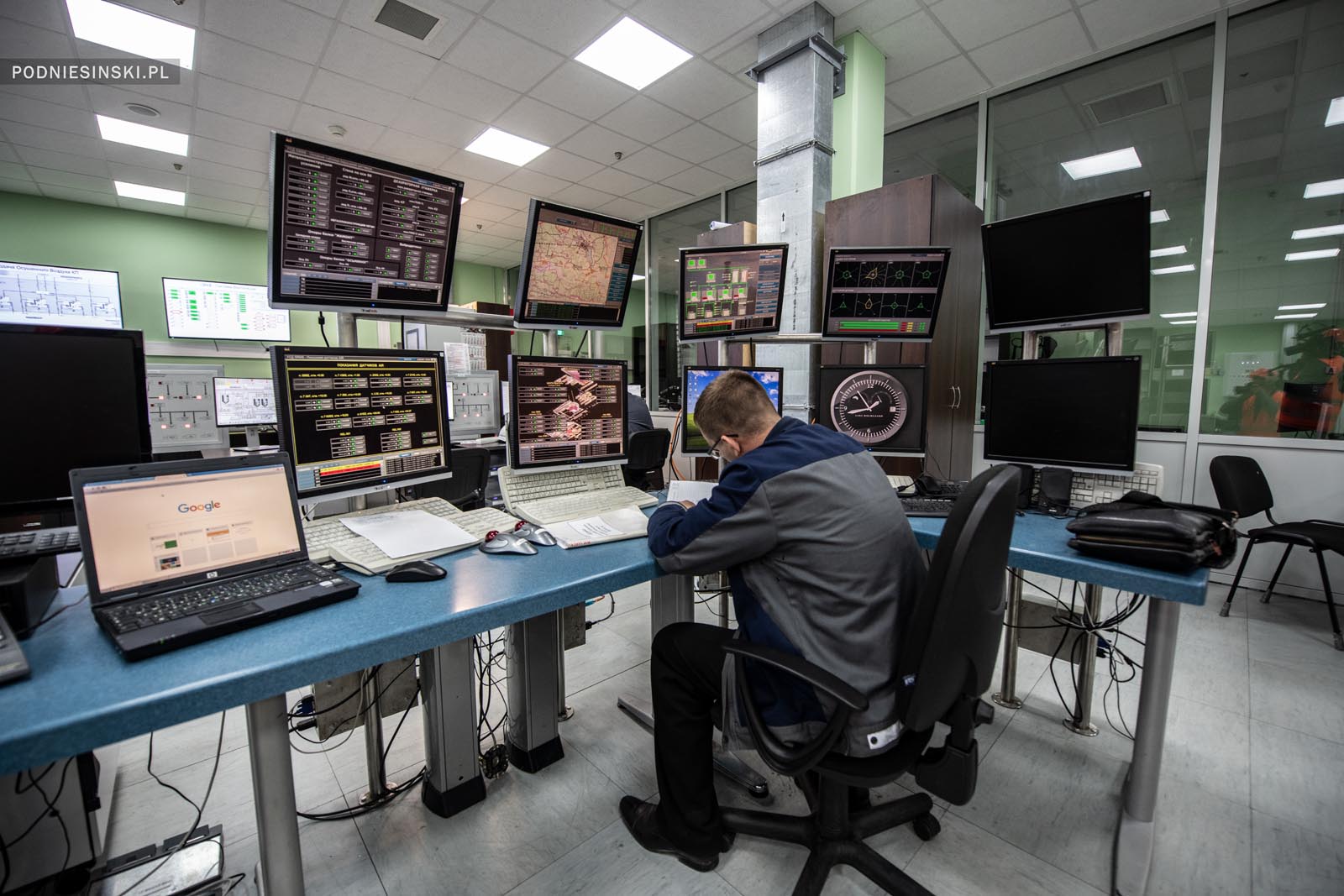 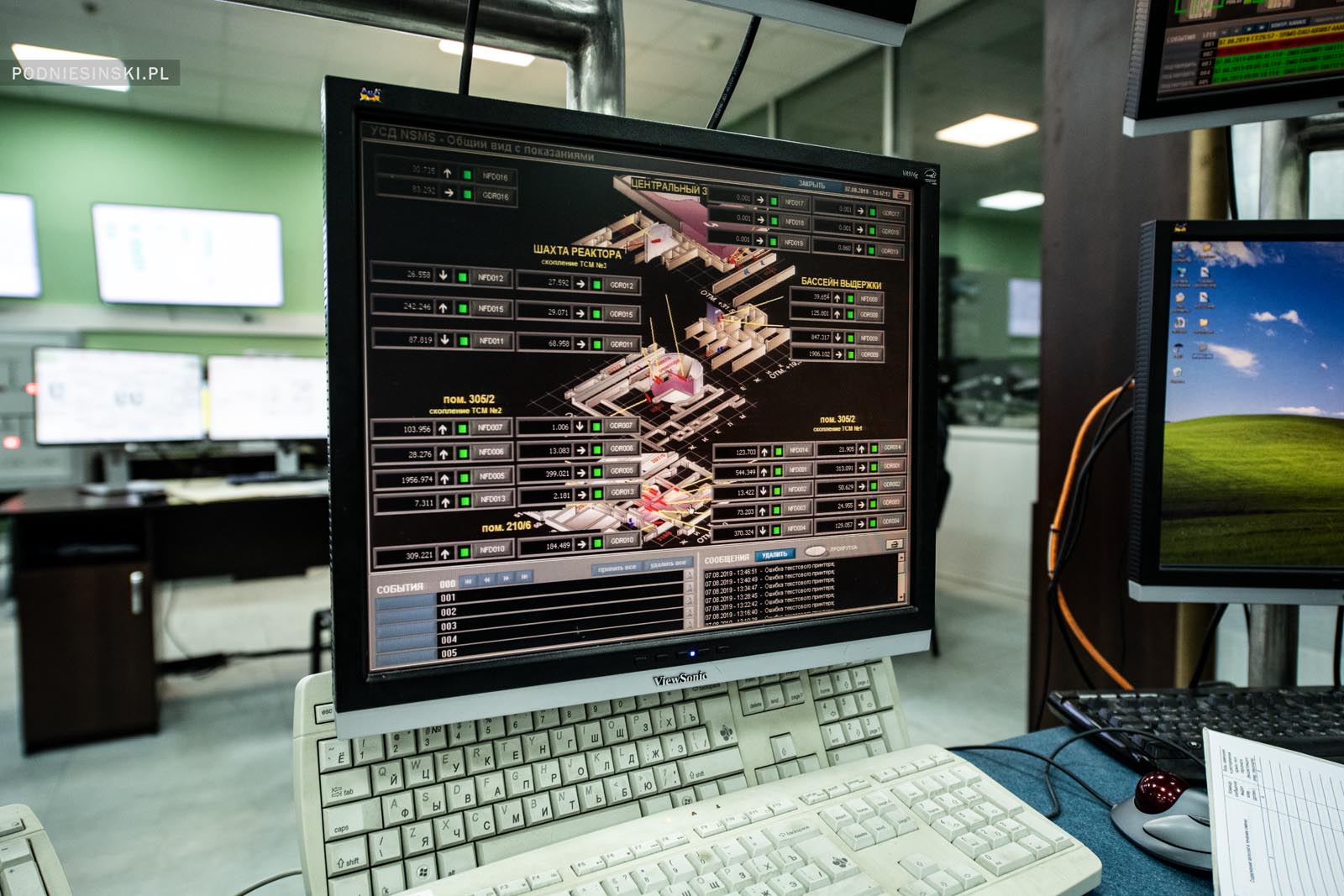 Of course, I’m not going to go in there to take pictures! For an unqualified person, staying this place would be deadly in just a few minutes. I do, however, know a person who has been there: Aleksander Kupnyi, an employee at the plant, who in the 1990s visited the inside of the old sarcophagus to check on the condition of the structure and fuel containing materials it housed. 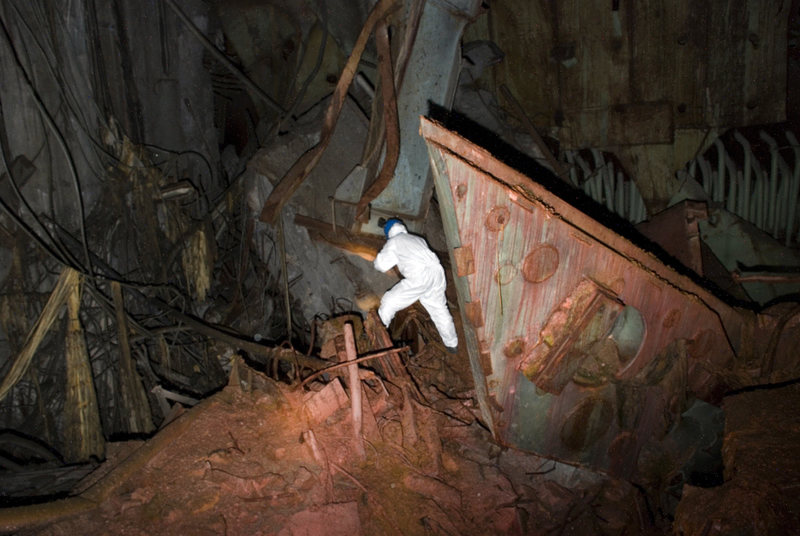 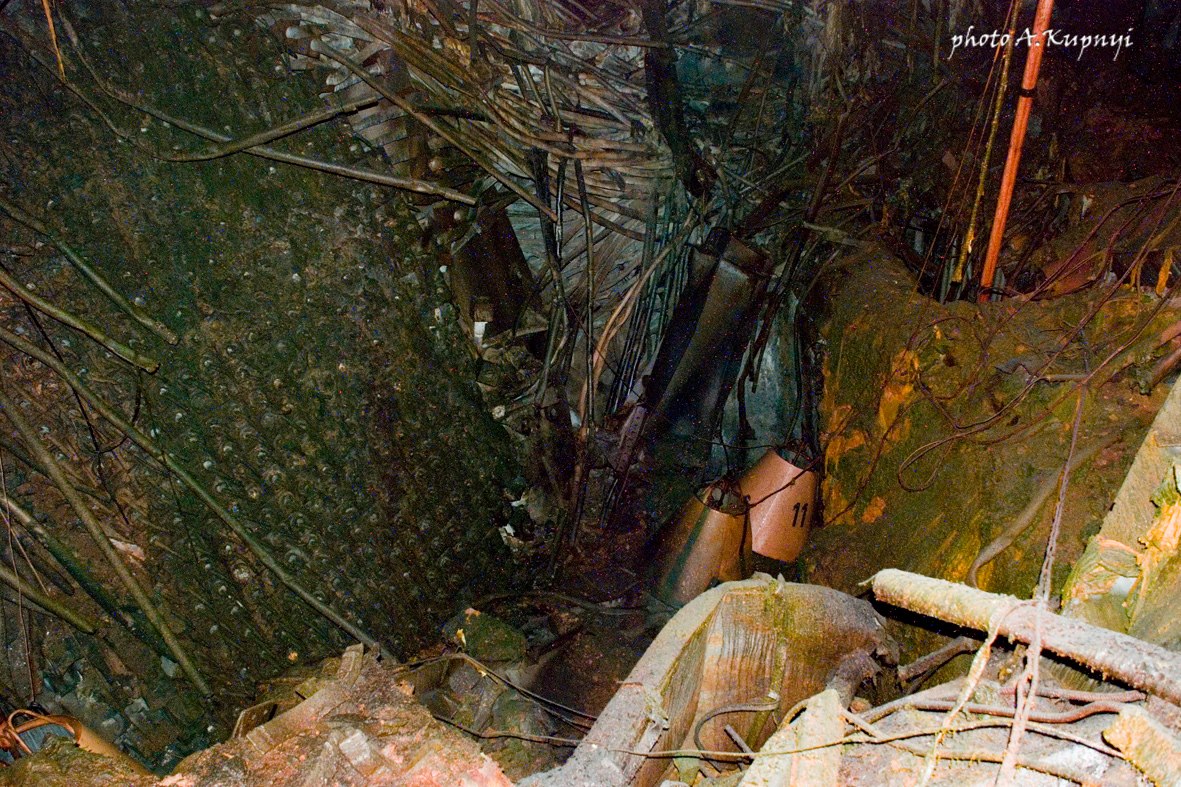 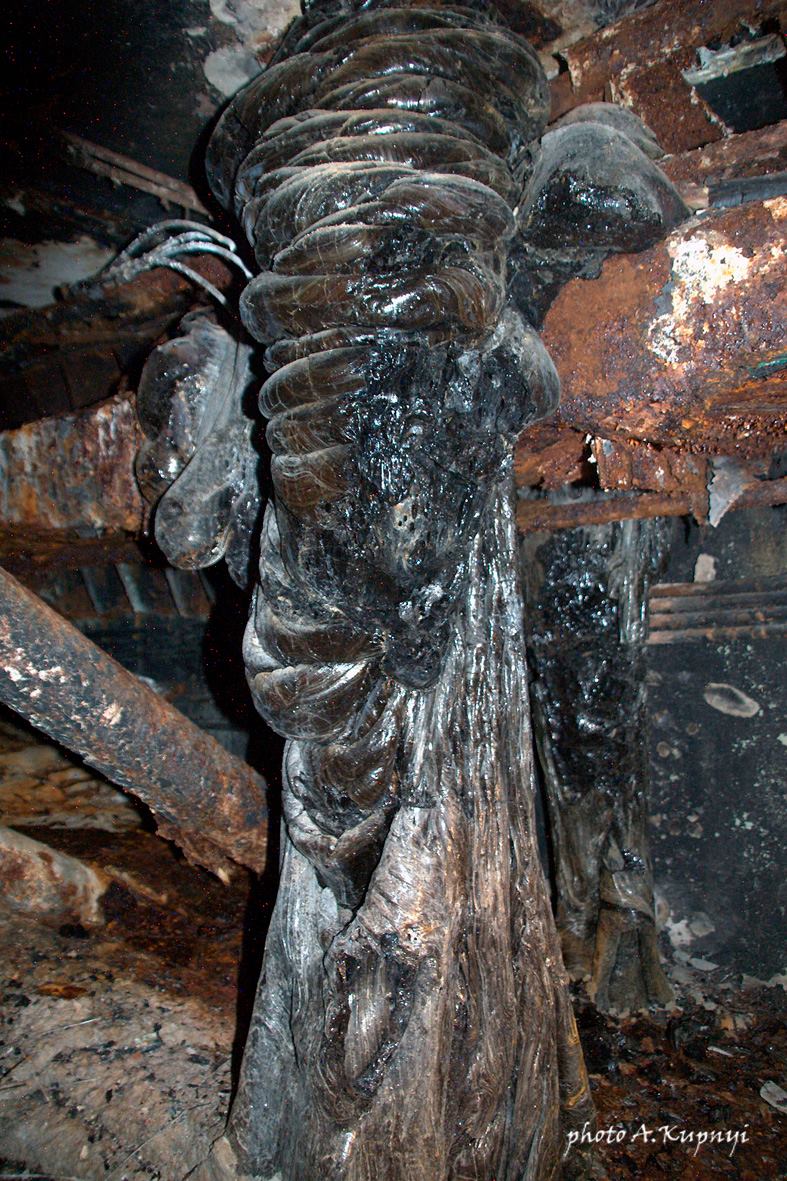 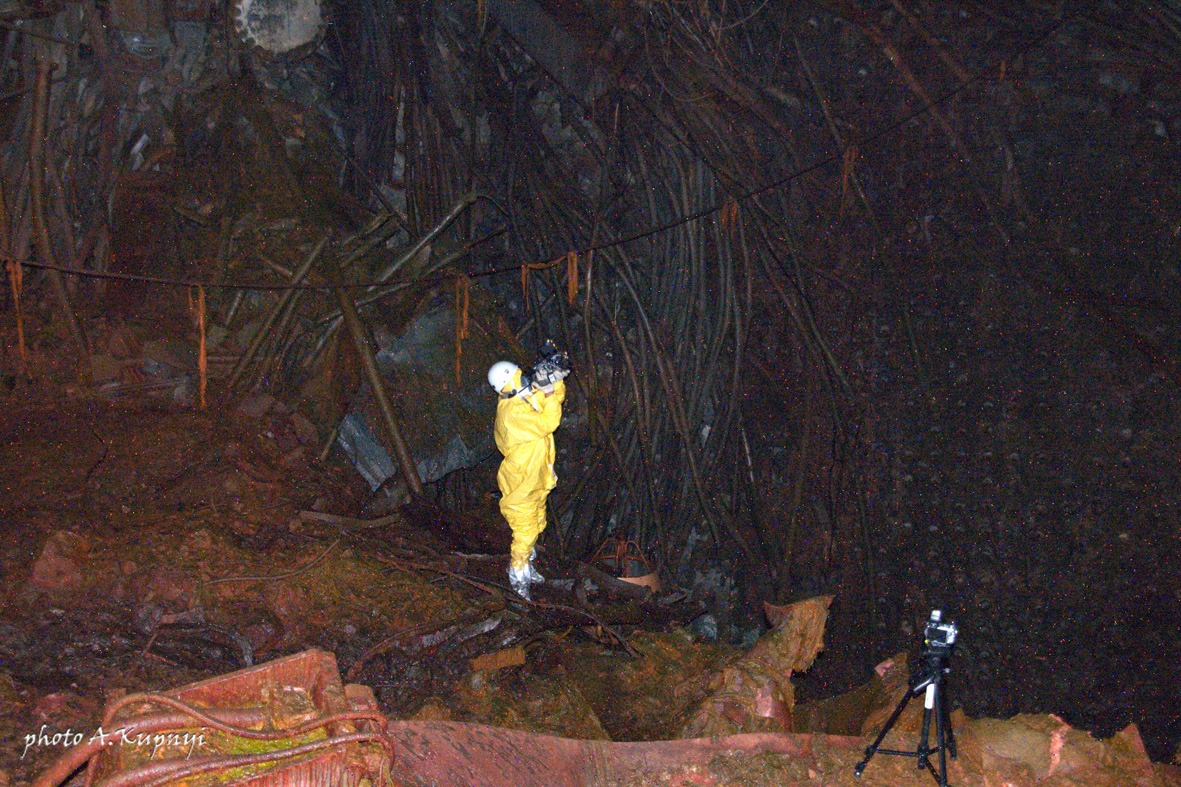 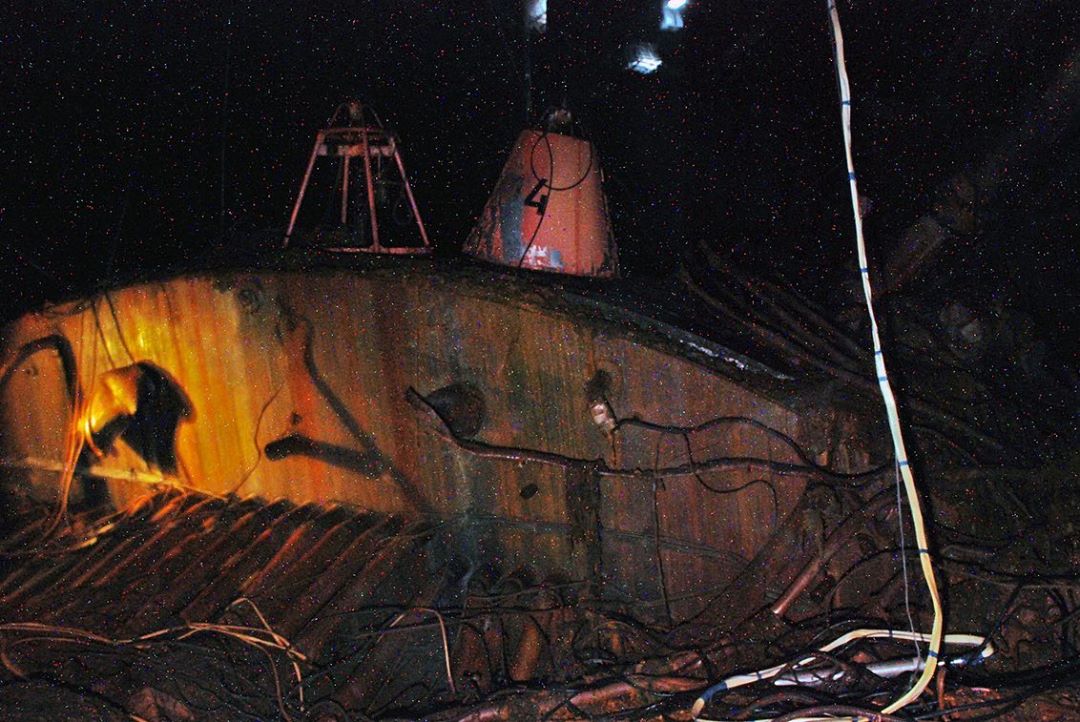 I also manage to go under the old sarcophagus, but only in much safer and interesting places. Before that, however, I need to undergo a thorough inspection and change into protective clothing. Prior to entering the damaged Unit 4, I pass the nearby Unit 3, which produced electricity until 2000. Looking at it, you can get an idea of what Unit 4 once looked like. 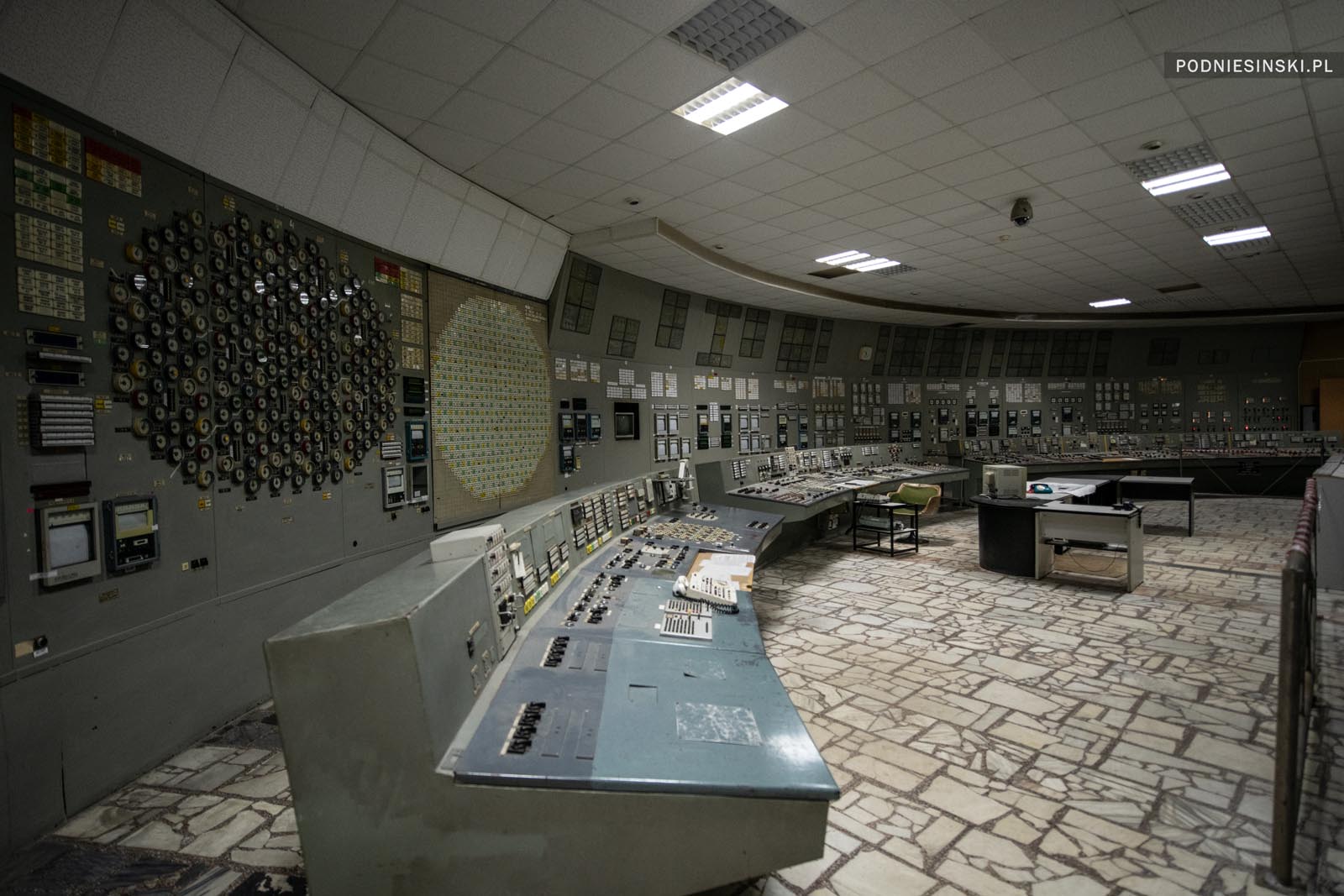 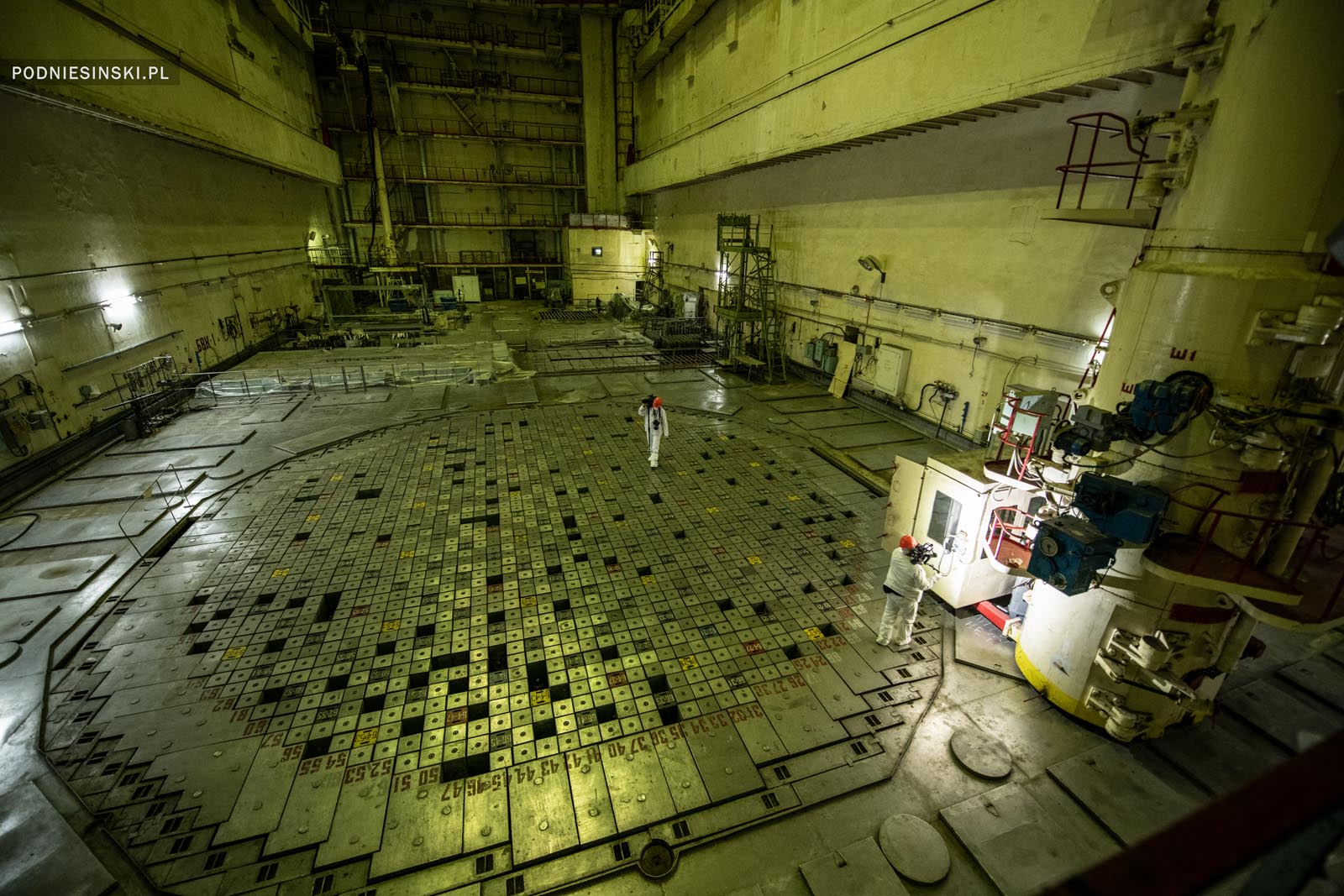 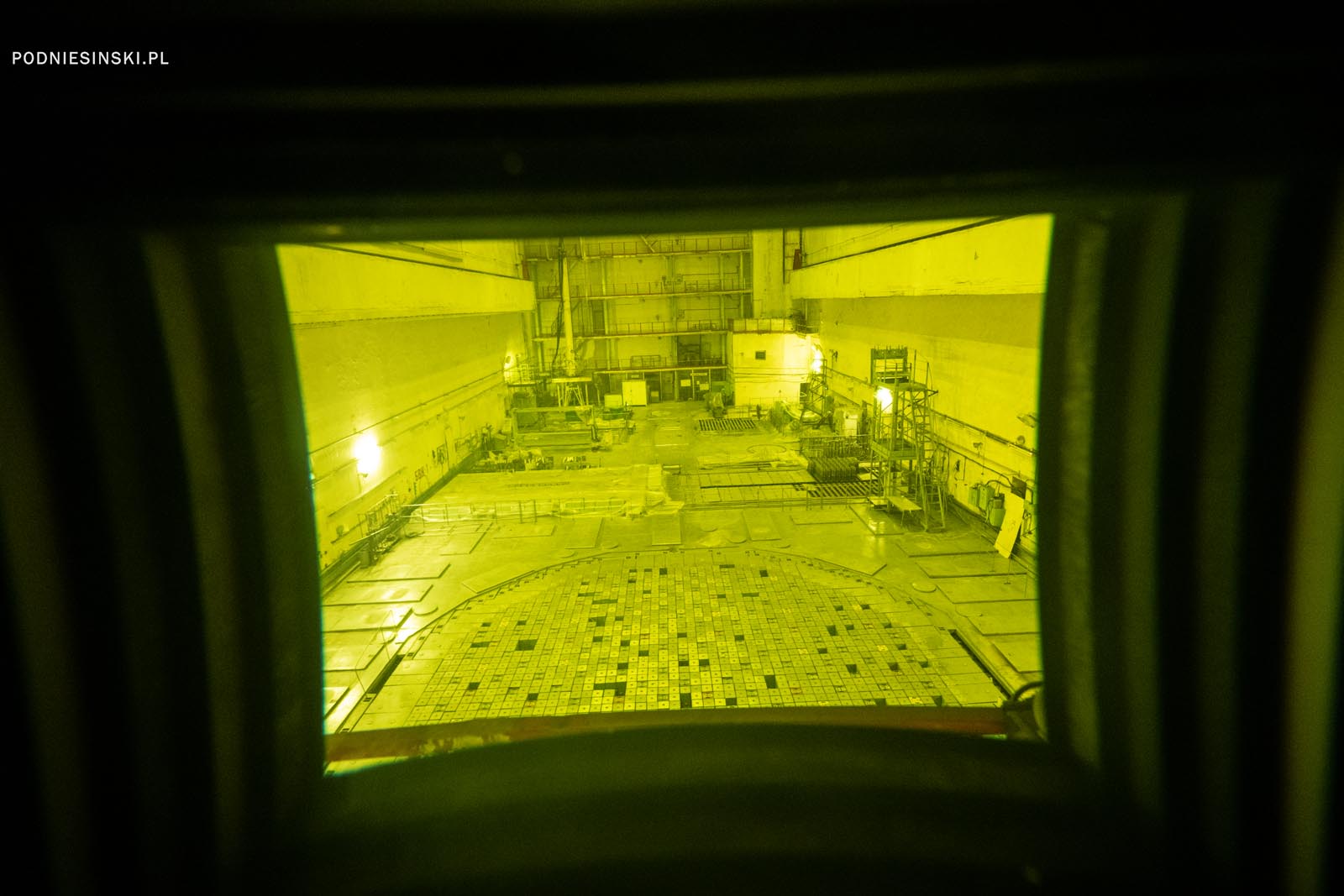 In addition to the control room, central reactor hall and pump hall, I visit the SKALA central monitoring system. It was designed to monitor and calculate the basic parameters of the reactor, which were later provided to the plant operators. The largest room is filled with rows of large cabinets containing V-3M computers and magnetic tape storage. In the smaller room, there are a dozen or so units controlling the entire system and dozens of magnetic tapes and long punched paper tapes. In those days, they were cutting-edge technology, but today can only be found in a museum. 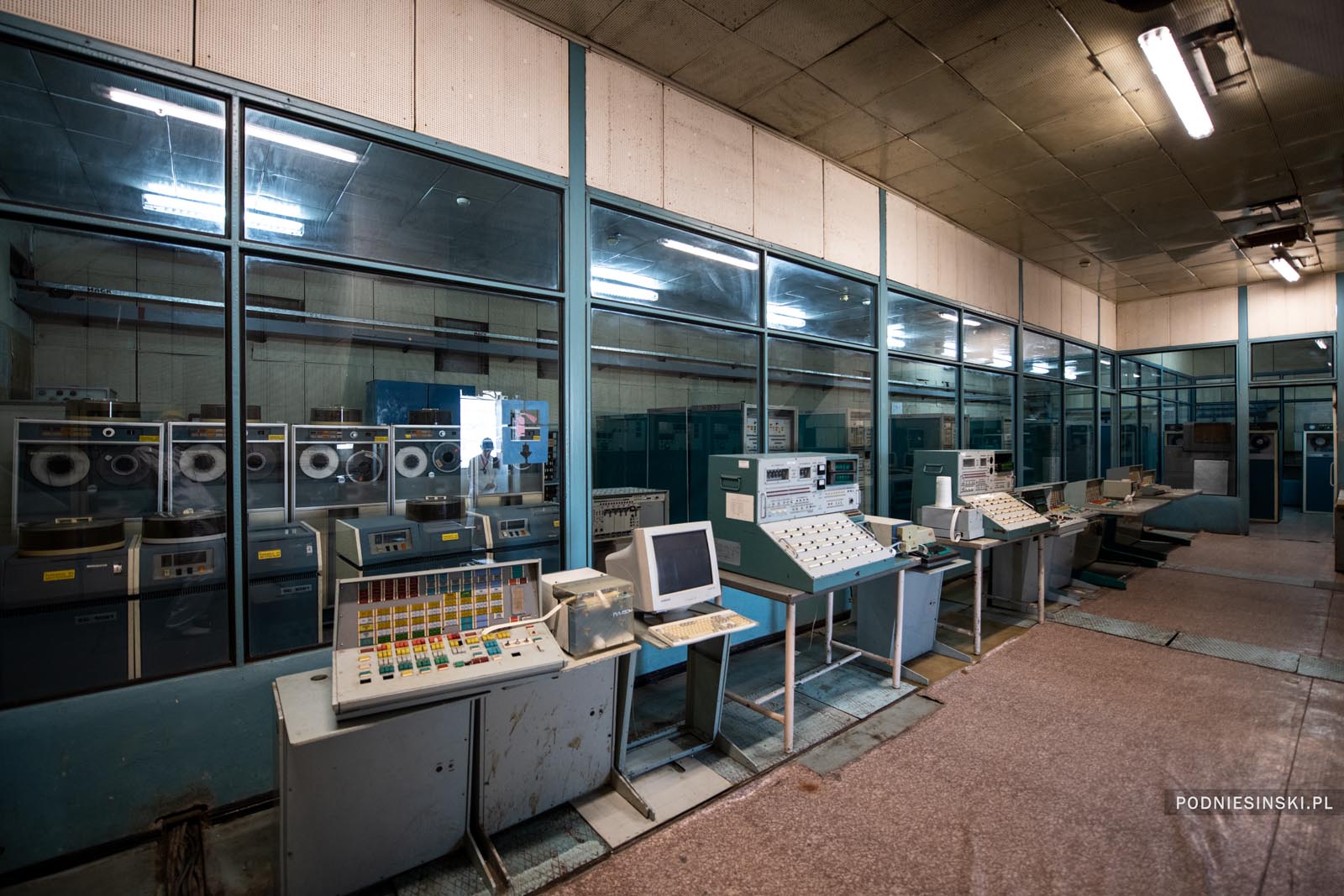 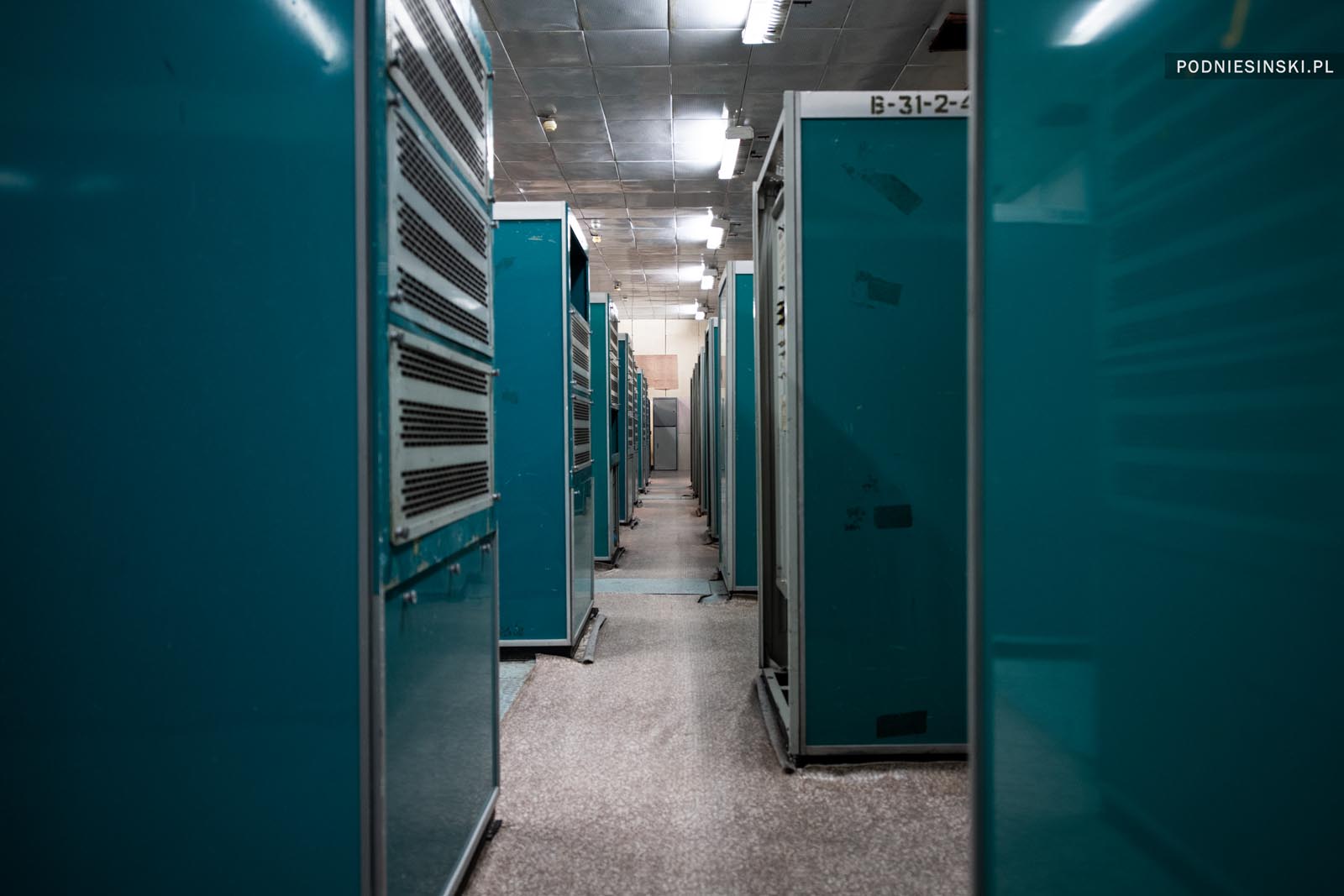 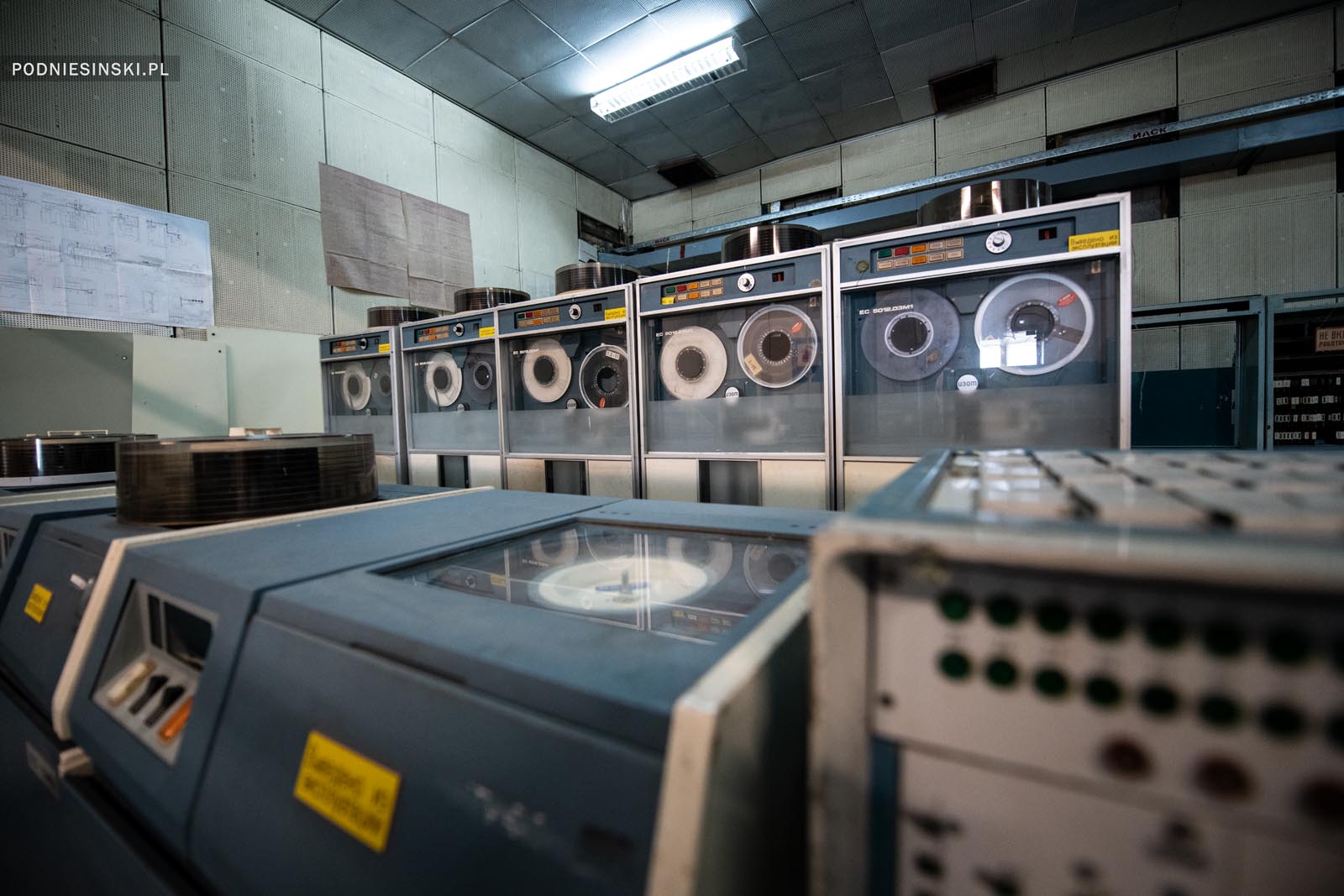 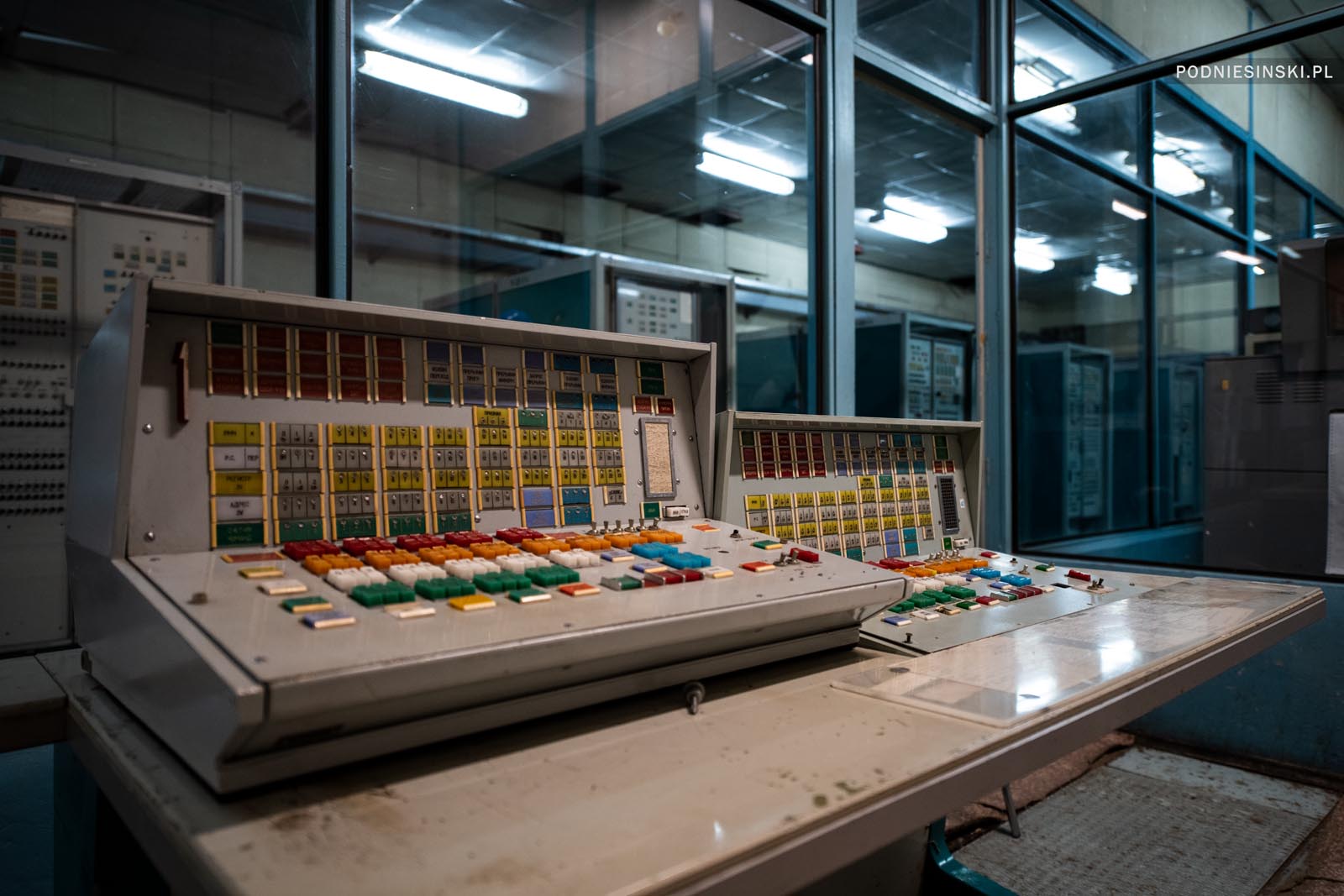 I finally enter the area of Unit 4 now covered by the two sarcophagi through an old, narrow corridor covered with peeling paint. I pass other security systems — cameras and massive electronic gates that can be opened only with a magnetic card and a required additional conversation with the power plant’s security manager. A few minutes later, I’m in the control room: a large room with control panels arranged in a semi-circle in two rows. It was here on 26 April 1986 that the unsuccessful experiment was carried out that initiated a whole series of tragic events: reactor failure, the emission of radioactive isotopes into the atmosphere, and the evacuation of tens of thousands of residents living nearby.

The room bears little resemblance to the control room that I just had the opportunity to see in Unit 3. It is almost completely destroyed, stripped of its original equipment and devices. They probably found a second life in the power plant’s remaining units or in the homes of collectors of unusual souvenirs. Despite the decontamination efforts, the control room still has increased levels of radiation, especially in the back behind the large control panels. 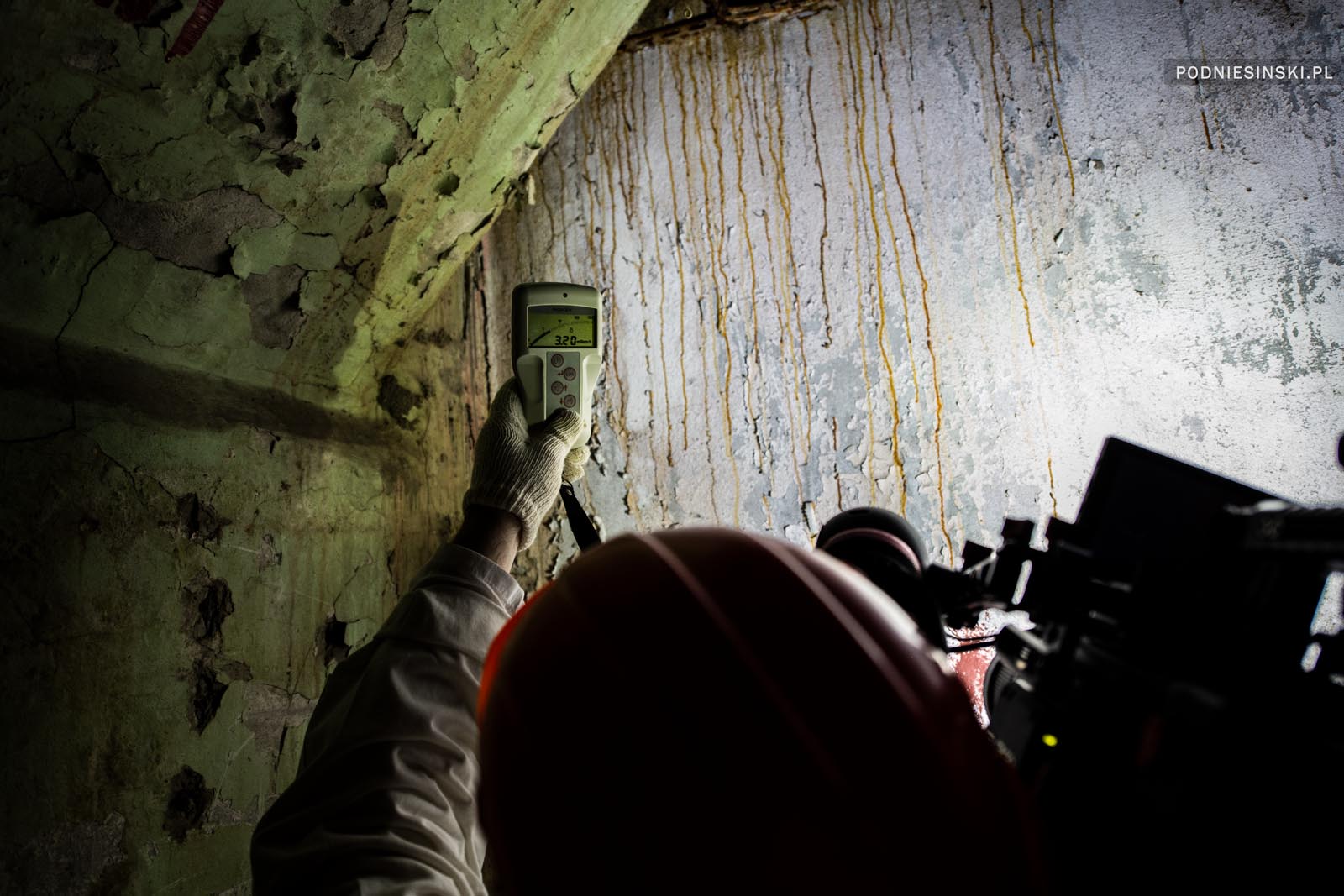 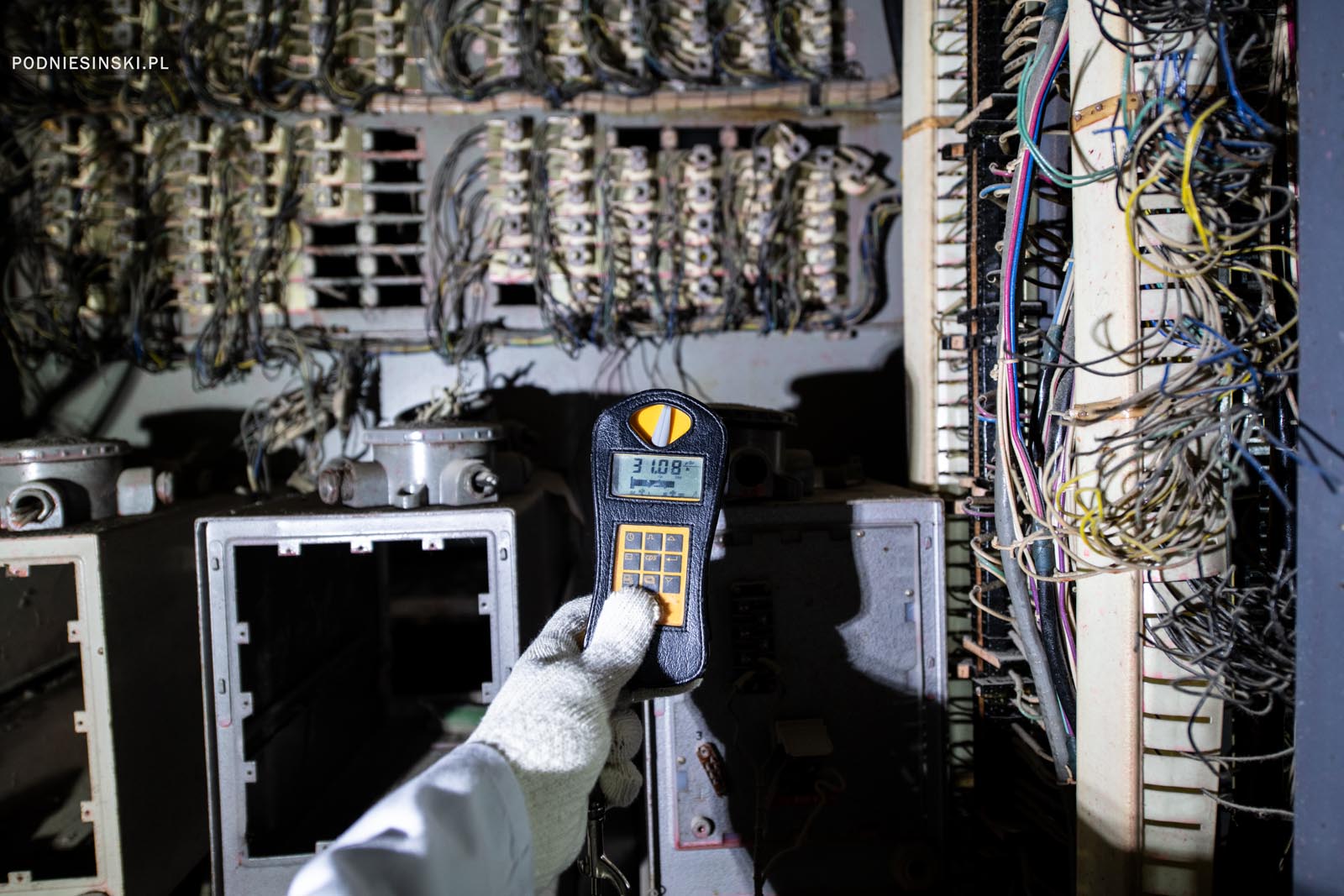 Radioactive traces of the disaster can be found not only in the damaged power plant, but also in its vicinity. Of course, I am speaking of the nearby forest where, as a result of the explosion, the most radioactive material from the damaged reactor fell. This resulted in the death of all of the conifers. Their needles rusted, giving rise to the place’s new name: the Red Forest. Despite the passage of over 30 years and the cutting down and removal of the dead trees, the forest still remains one of the most radioactive places in the entire closed zone. All you need is a dosimeter and a bit of free time and luck (!) to find radioactive remnants from the explosion of Reactor 4. 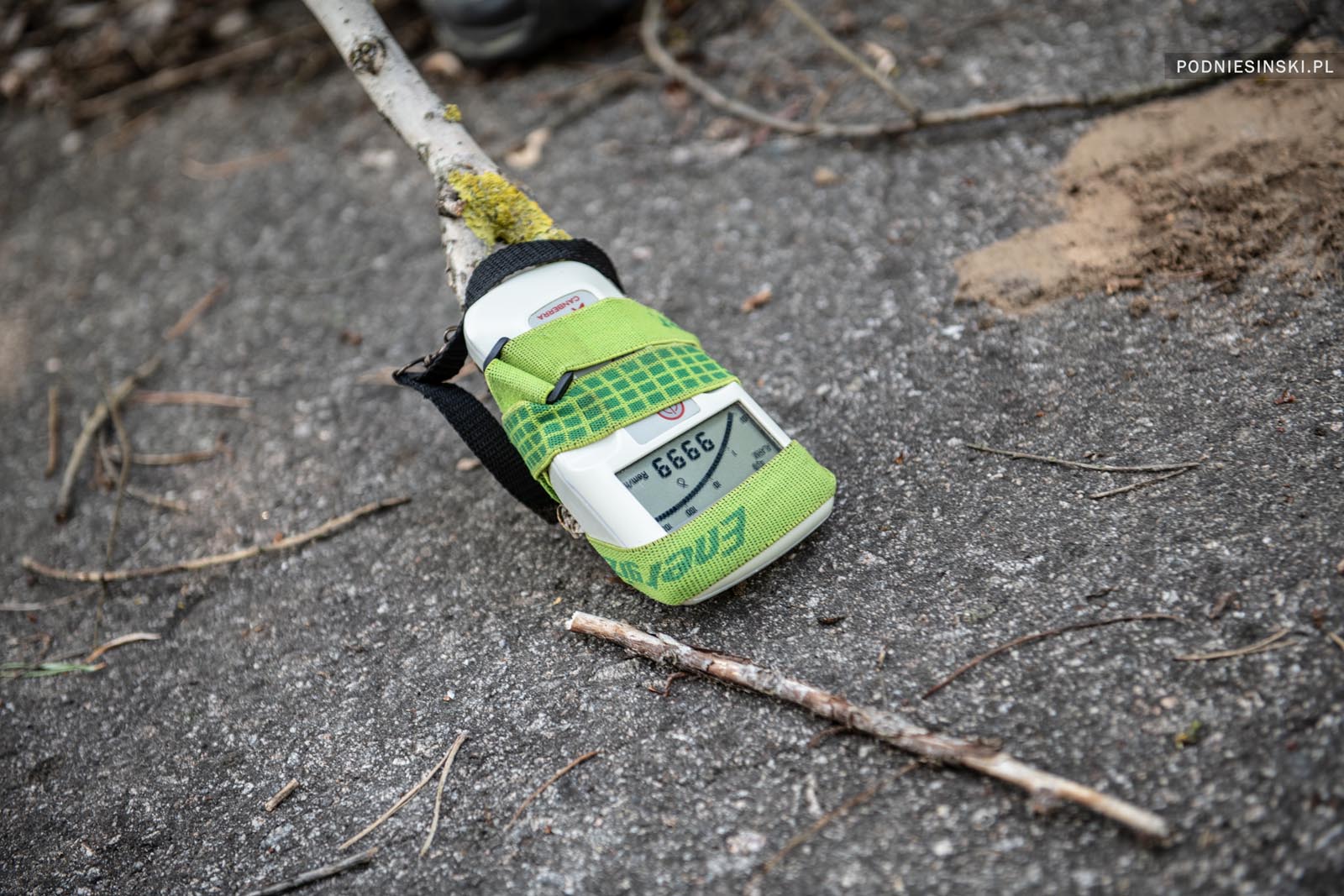 The particle I found is so small that it’s hard to see it in the picture. But it is so strongly radioactive that the dosimeters I’m carrying, including one that can measure radiation up to 100 mSv/h, are not able to measure it and go out of scale or stop working. Only a dosimetrist I know using professional equipment with an even greater range helps me solve the puzzle — the particle is 170 mSv/h. That is radiation nearly a million times higher than normal. It is so high that I realize immediately that the particle can only come from one place. The damaged Reactor 4. Even so many years after the catastrophe and the decontamination works carried out, one can still find such radioactive fragments from the reactor in the zone! This is the most radioactive particle I’ve come across. It’s incredible that such an inconspicuous thing, probably irradiated graphite, can generate so much energy.

The deadly contents of the reactor are not the only traces of the Chernobyl disaster. Many of them can also be found in the three radioactive waste disposal facilities in the Chernobyl Exclusion Zone. The most interesting of them is Buriakivka. This storage facility, covering nearly 100 ha, has 30 trenches in which several thousands of tons of radioactive waste was buried. Allegedly, contaminated items belonging to thousands of inhabitants evacuated from Pripyat were also buried in several of the first trenches. 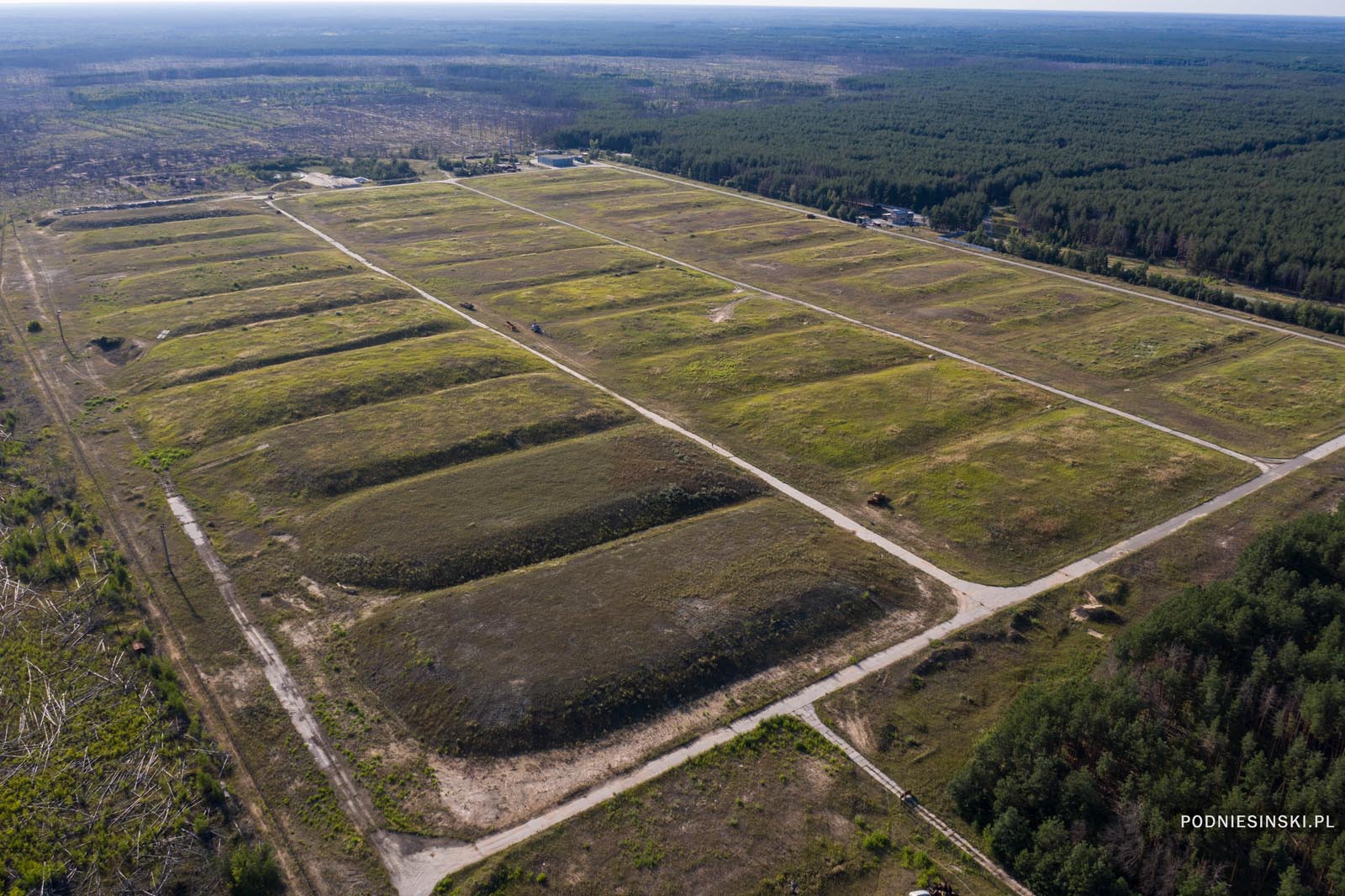 I have no intention of checking their contents; I am more interested in a small square located next to the landfill. There, one can find hundreds of radioactive vehicles involved in the liquidation of the results of the disaster. ZIL trucks, BTR armored transport vehicles, fire trucks, BAT-M bulldozers, and other military and engineering vehicles. Almost all of them lack engines and other valuable fittings, which most likely have been sold in marketplaces in Kiev to customers unaware of their origins. The landfill even has remains of Mi-6 and Mi-24 helicopters as well as JOKER and STR-1 robots, which unsuccessfully attempted to remove radioactive elements from the roof above the damaged reactor. Around these vehicles, the radiation goes up to 200 µSv/h, a thousand times greater than natural radiation. 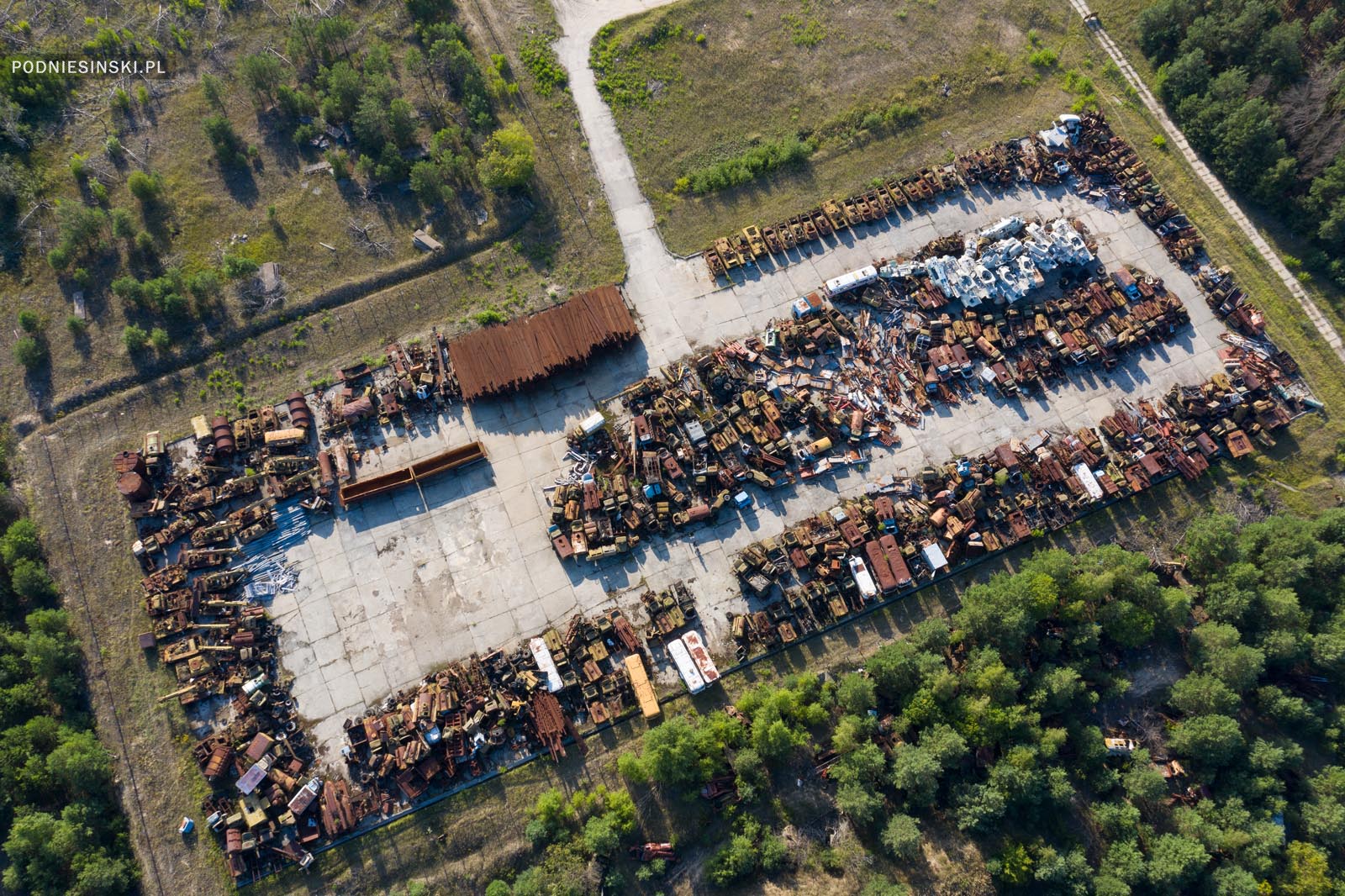 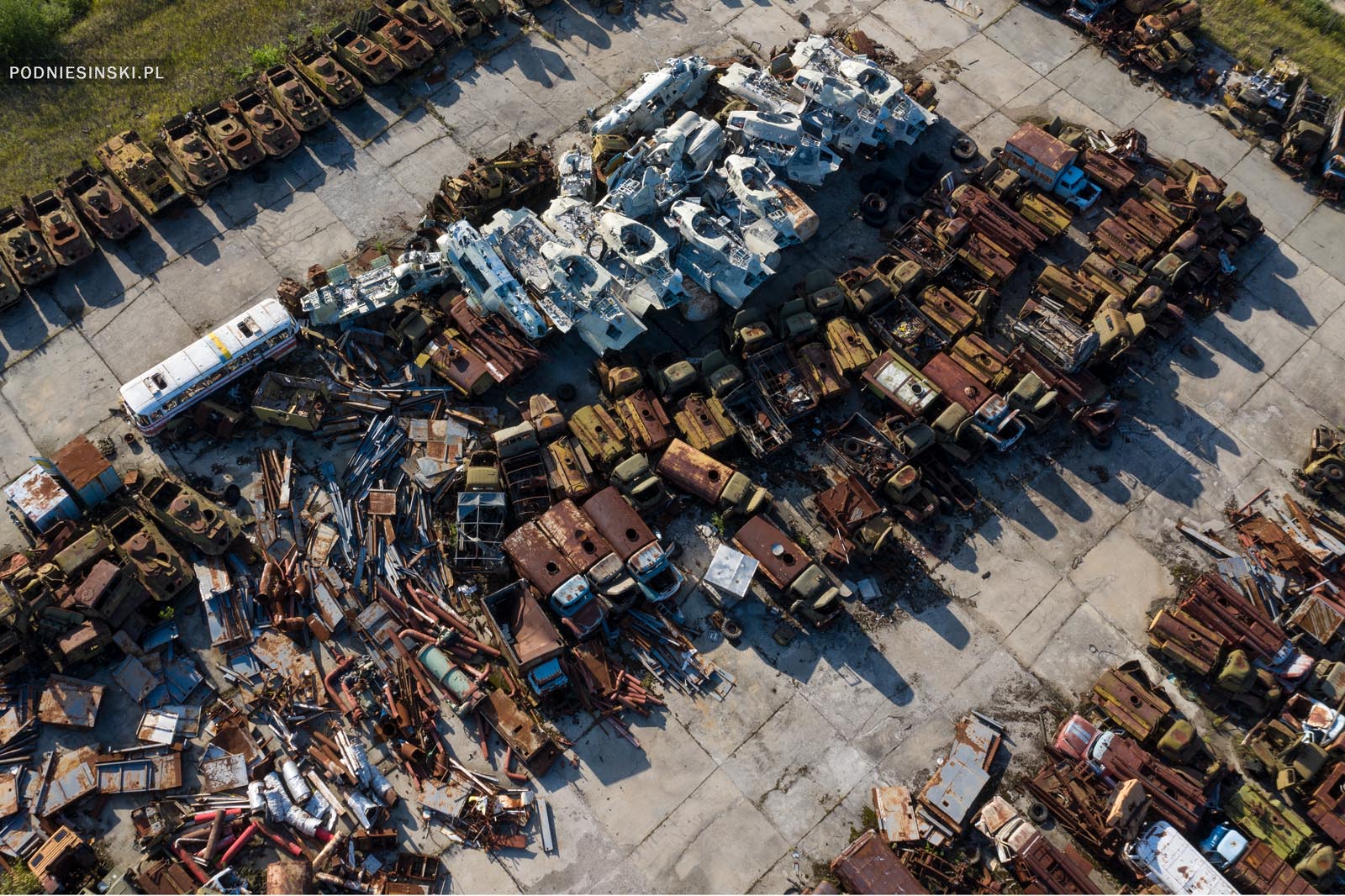 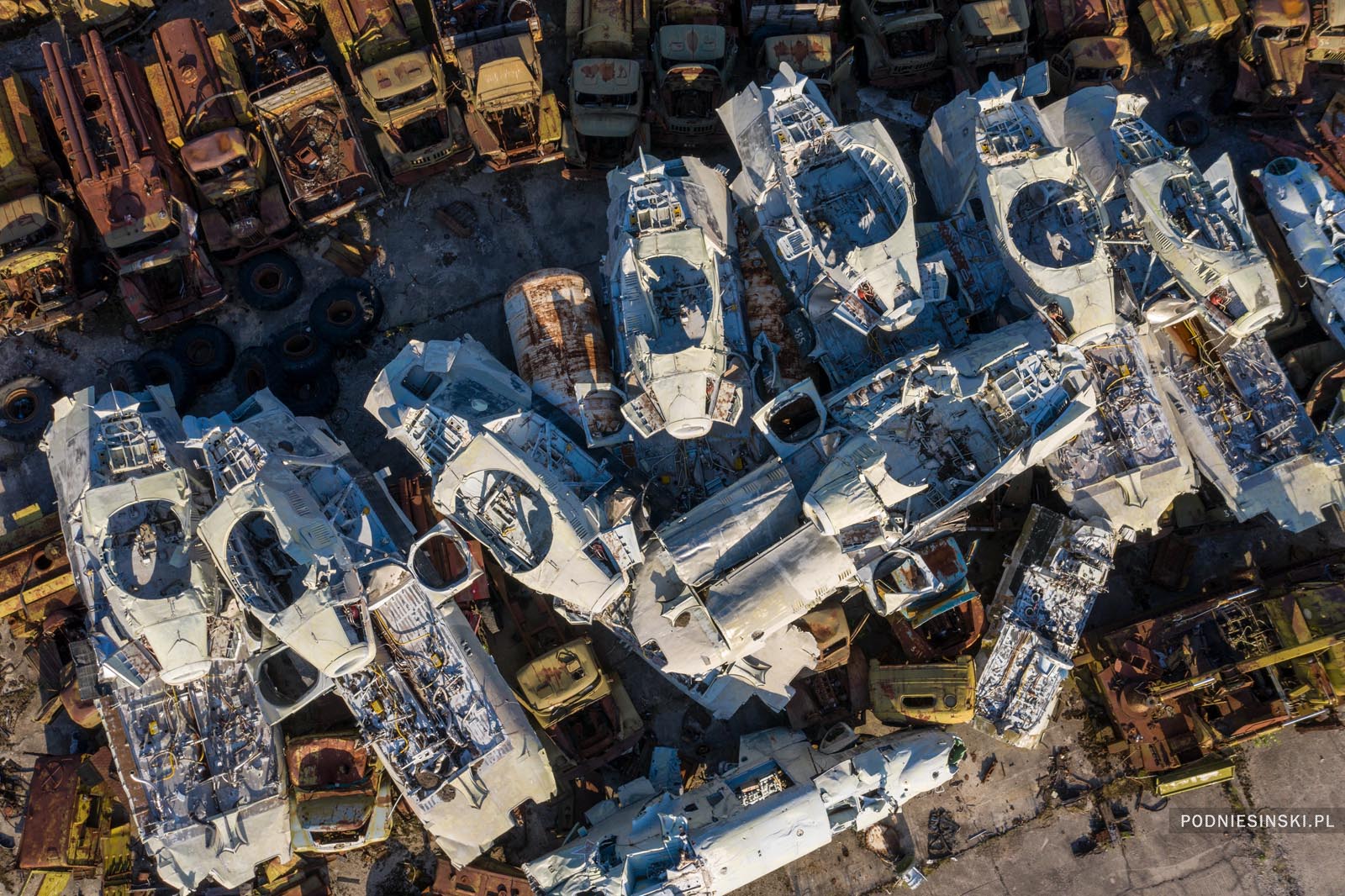 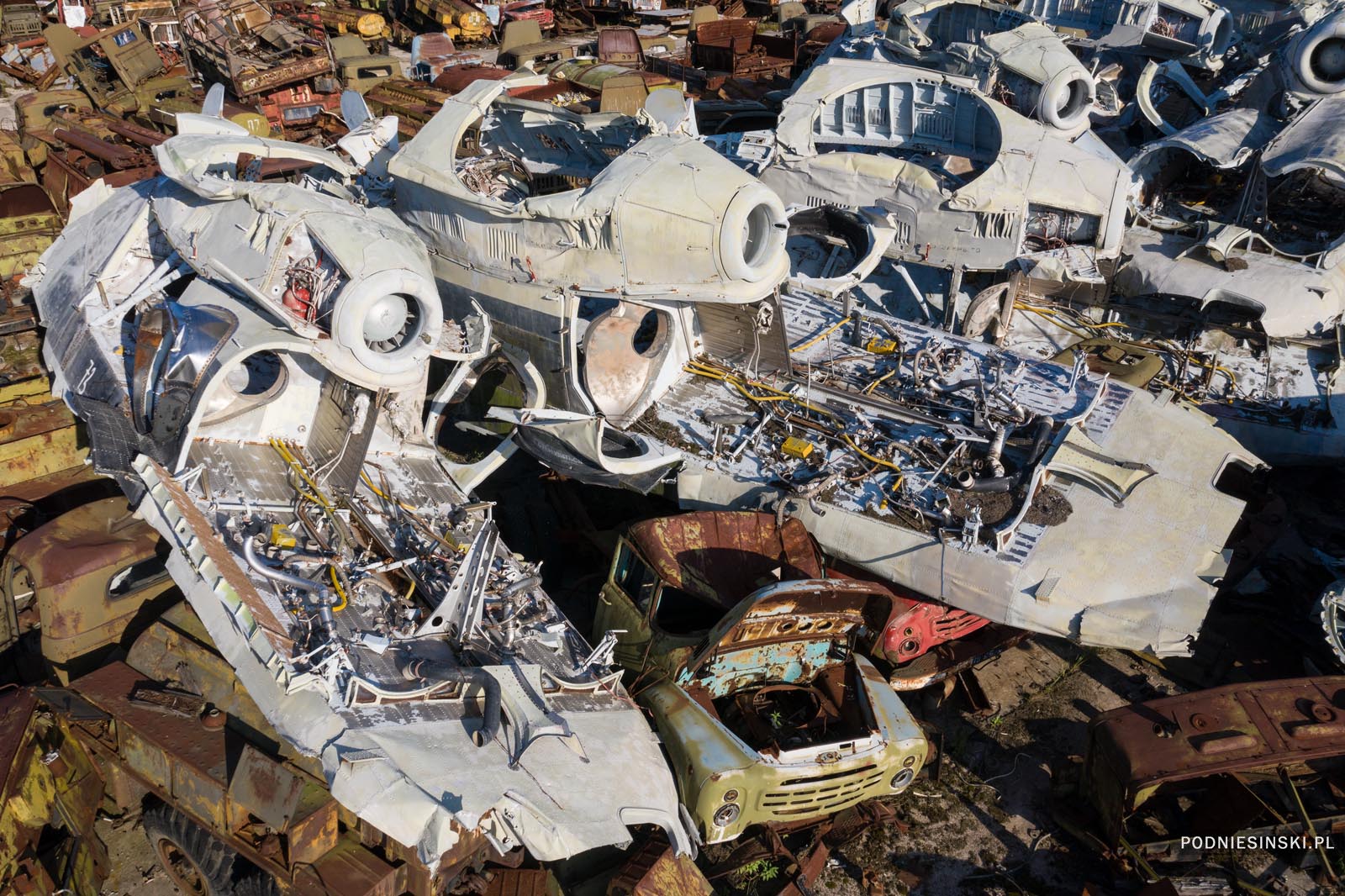 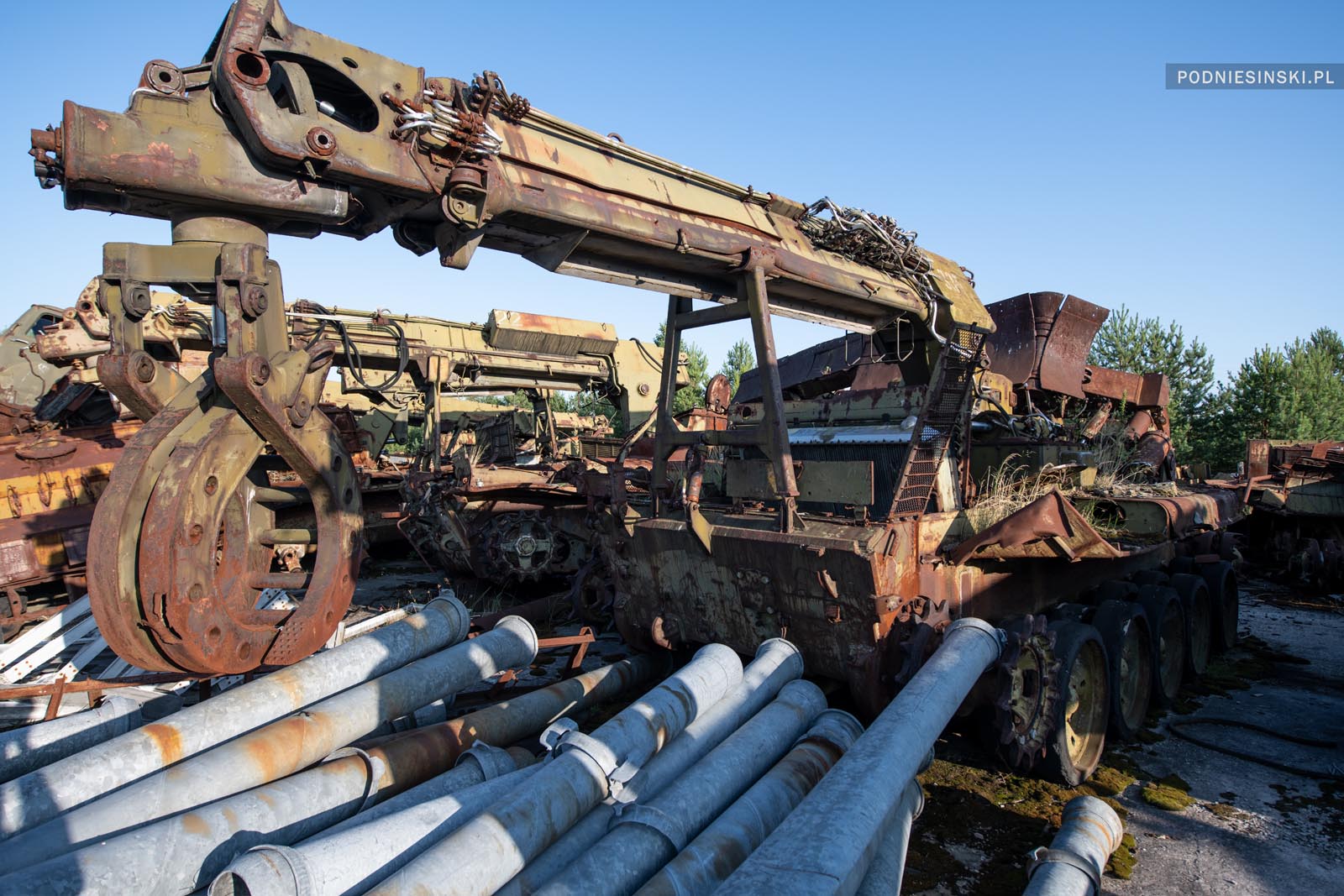 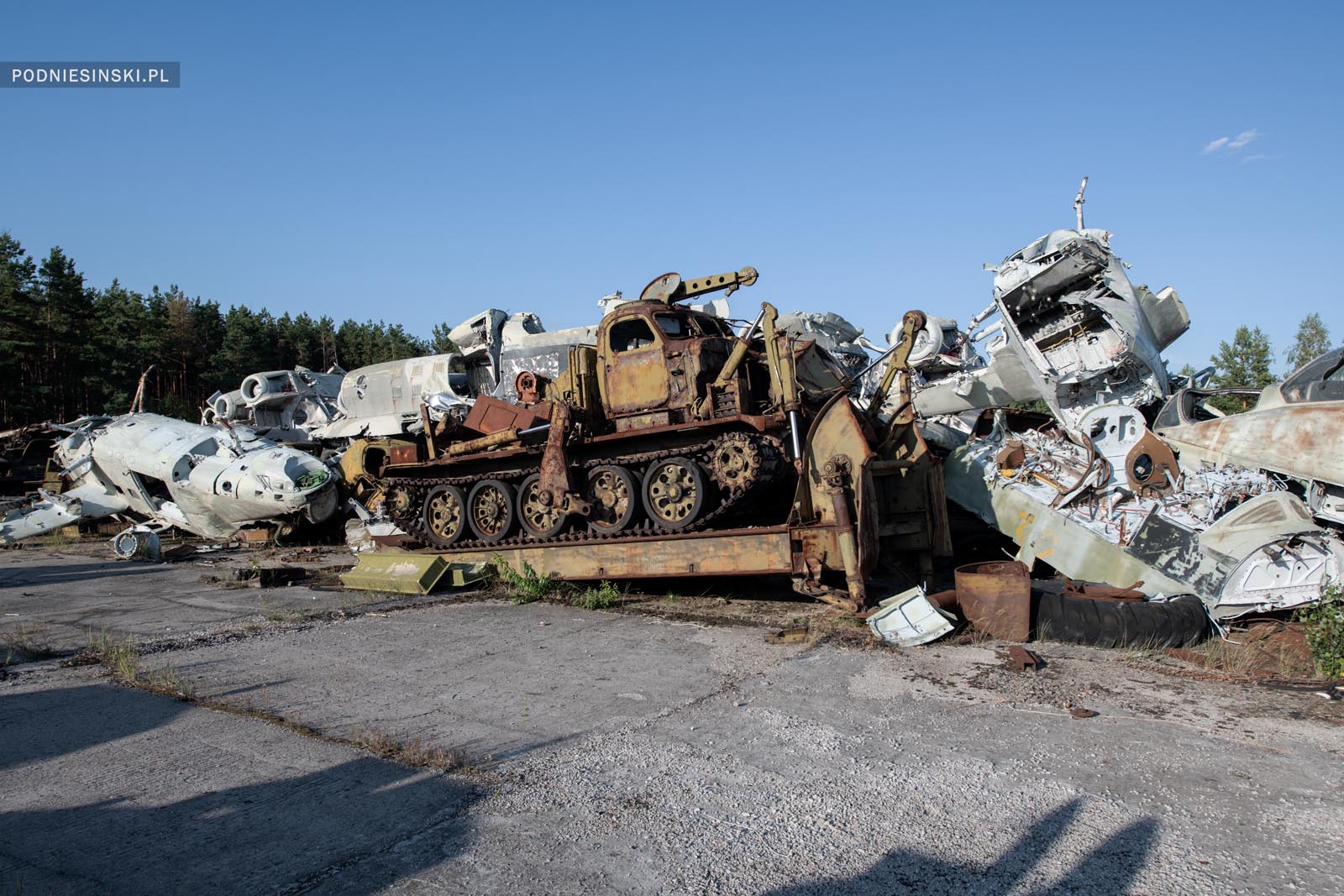 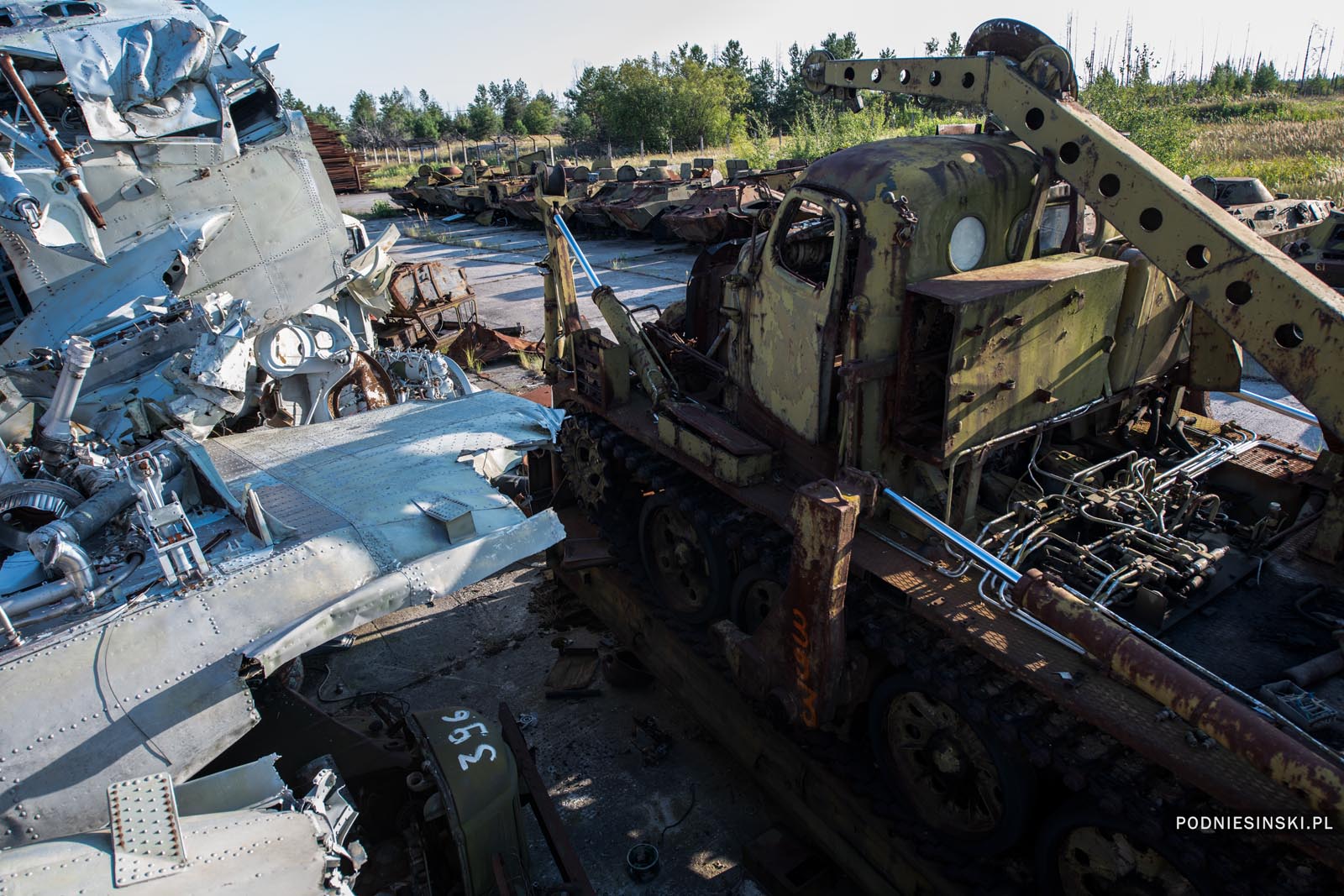 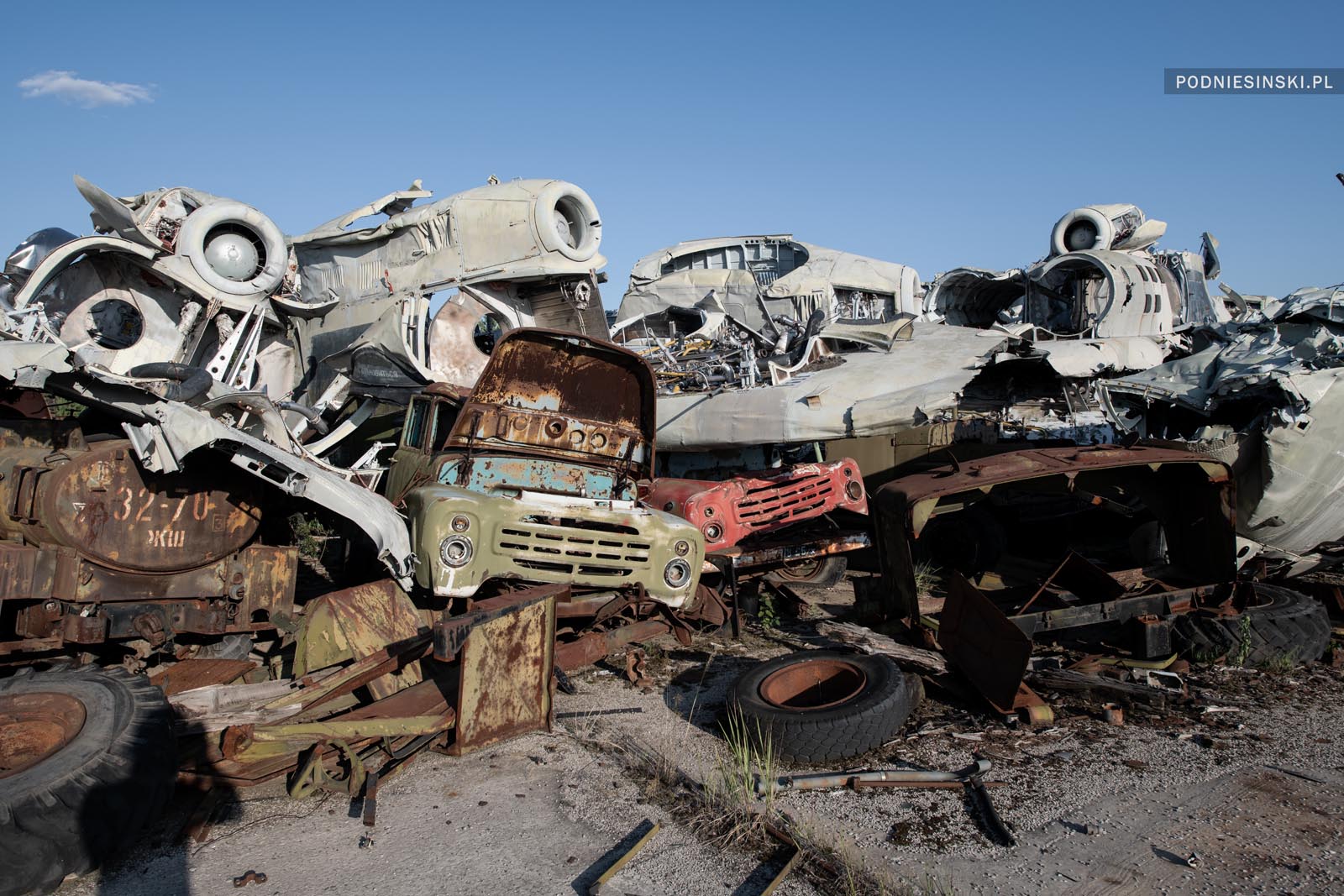 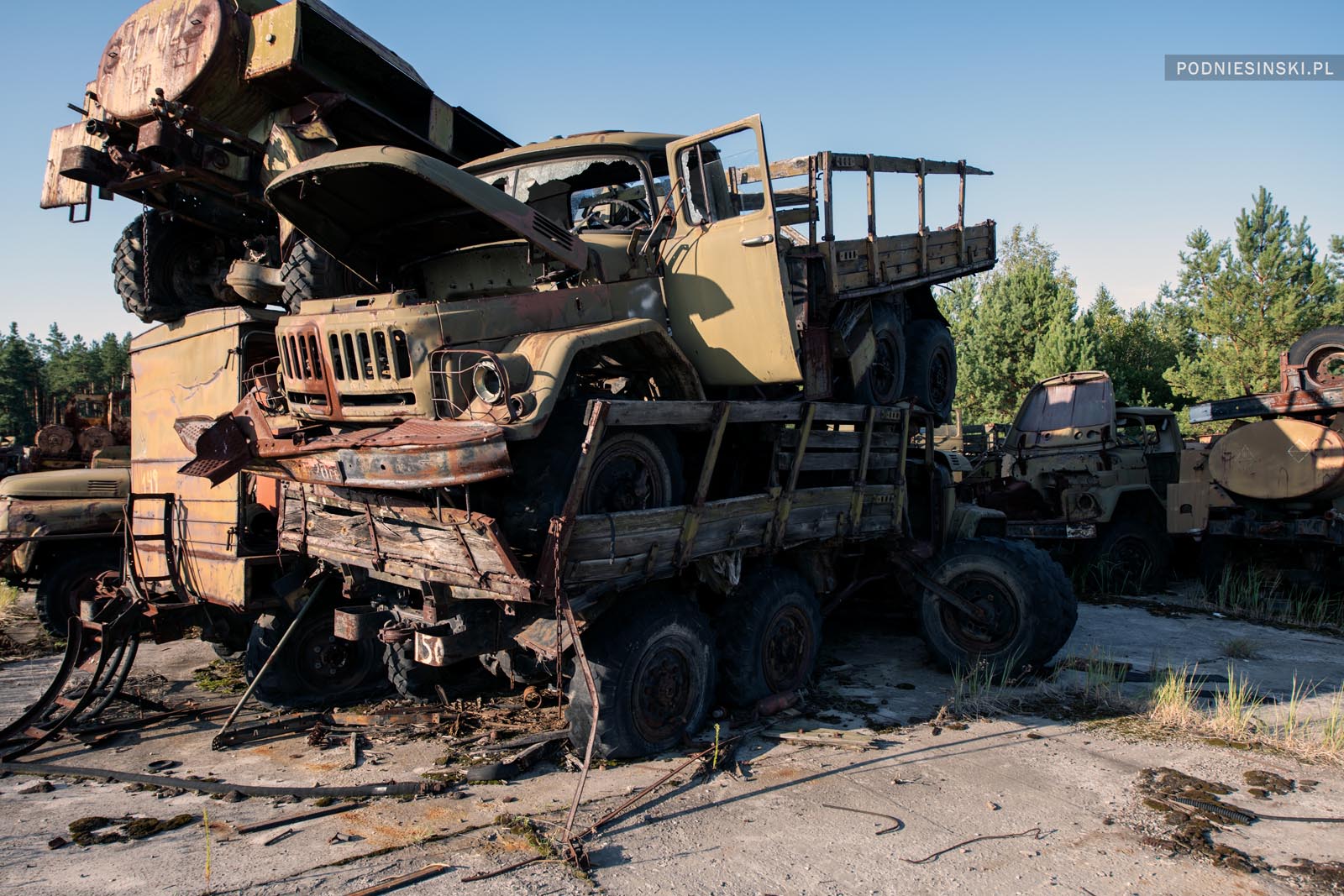 I leave Buriakivka knowing that this is neither the last nor the most radioactive place in the Chernobyl Exclusion Zone. If you’re hungry for more, check out one of my previous reports:

If you want to join one of the coming trips please look here.